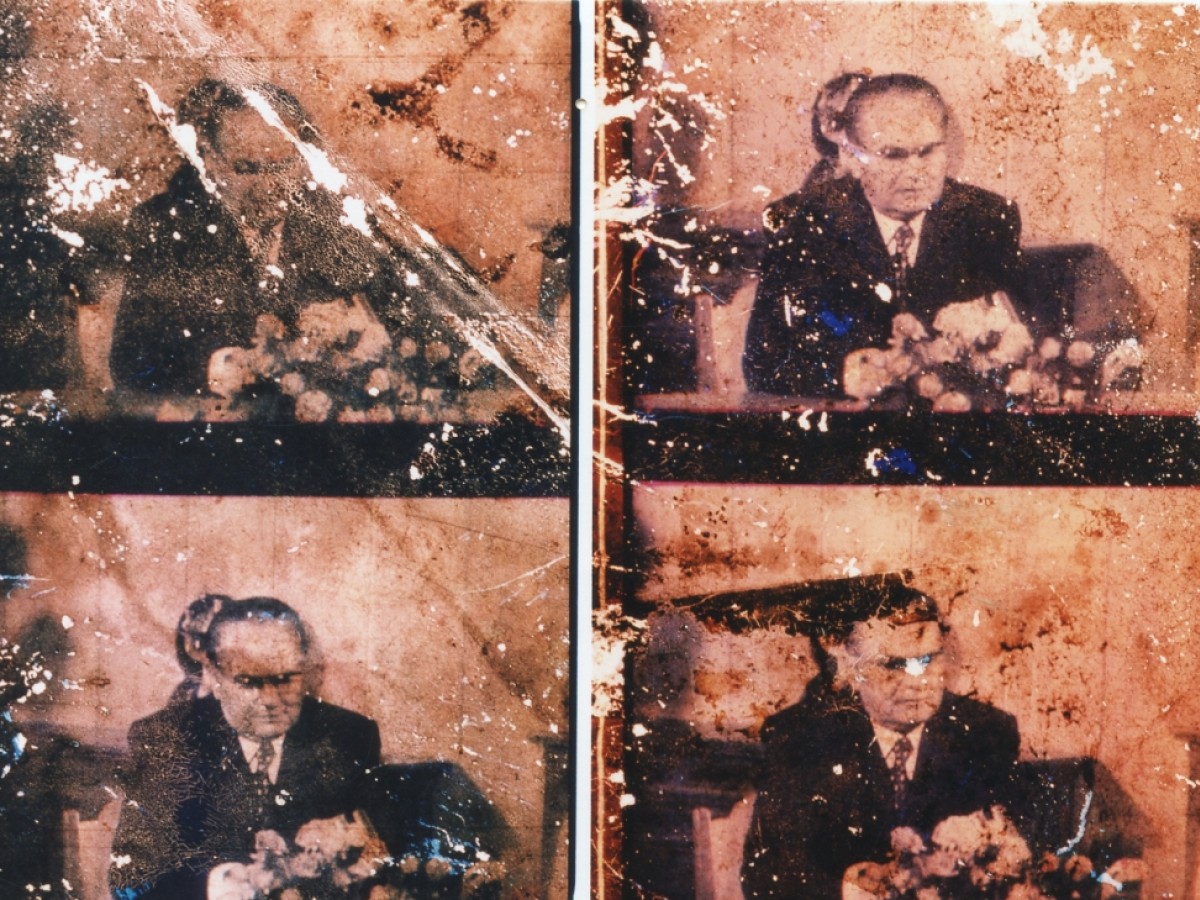 By default, found footage filmmakers work with images that belong to the past, and sometimes appear as a willing or unwilling witness to certain important historical happenings. Remembering, appropriating and re-contextualizing such historical documents performs an important task of transforming history into memory, and often either amplifies the historical truth contained in archival images, or reveals a certain hidden truth that only became visible through the manipulation of the images. In History and Memory, Rea Tajiri works with fragmented bits and pieces that belong both to Hollywood and the US government, both to fiction and newsreel, to unveil a suppressed, shameful story of post-Pearl Harbor concentration camps which dislocated 120,000 Japanese Americans during WWII. The much less dramatic formal experiment Tito-Material plays with the image of the beloved Yugoslavian marshal Tito in various contexts, exploring the ideas of fragility and temporality both of the film material and the specific personality cult. Lilli Marlen works with many images that are also central to the films by Santiago Álvarez: brutal images of imperialism in action, images of American occupation and the devastation of Vietnam, disastrous images of bombing, which Peter Mihálik recognizes not only as a shocking anomaly, but a regretful trademark of US foreign policy. Lastly, in Privát történelem Gábor Bódy executes a highly original experiment: He hires a speech therapist who reconstructs dialogue from visible mouth movements in amateur silent footage shot in Hungary during WWII, thus giving birth to a terrible juxtaposition of joyful chit-chat and images of the marching Jews, smilingly departing into the unknown. (Jurij Meden)