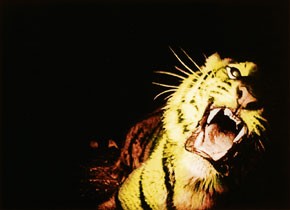 The Utopia of Film Life and Cinema: 100 Proposals

For the third time, following similarly exhaustive projects in 2004 and 2008, the Austrian Film Museum launches the new season with an immodest attempt to measure "the entirety of cinema” – an introduction to the medium, or an invitation to revisit it under different circumstances than those established by the usual rankings of “the greatest films of all time”. 100 works dating from the years 1896 to 2011 will portray a form of expression that nominally belongs to the general cultural tradition, but whose scope and breadth of influence in shaping contemporary consciousness still leaves much to be explored.

At first glance, the global historical success of this medium seems to be based on a very narrow interpretation: of all the forms and functions of film, one has prevailed as dominant – cinema as a “pleasure-machine,” a tool for entertainment. "It unlocks the realm of leisure, of ‘free time,’ which cannot be attained through the classic institutions of subject formation such as the school, the factory, the military, etc." Cinema operates "at the level of sensory stimuli, movement, sensation and desire" and has an "immediate effect on the human body" (Stephan Gregory). Thus, the suspicion that film and cinema can easily become instruments of government and control is not unfounded; it has accompanied the medium for the better part of its history. At the same time, cinema has always been able to counter this tendency – as an instrument of (self) reflection and criticism, through the articulation of "inappropriate" desires and the adoption of previously unseen functions. Film did and continues to do this at the same level of sensory concretization that also serves as the playing field for cinema’s conformist and normalizing energies. Perhaps its universal success stems from this very fact: its "closeness to life" remains ambiguous, but its own "life" can never be fully controlled.

A utopia of film might therefore arise if the pleasures inherent in the pleasure-machine can be expanded: by relating the “normal” function of cinema to all the other, perhaps even forgotten instruments that film can play – and by connecting the medium to the world outside: "Try to imagine a history of film that does not consist of commercially packaged, hermetically sealed and market-approved 'classics.' Imagine the history of cinema as an ongoing infection that progresses from film to film – but at the same time also from cinema to society (and back). Imagine a history of film that touches and is, in turn, touched by the reality of life and the desires of human beings. The city, movement, work, war, freedom, fear, sexual desire, exploitation and revolt, alienation, solidarity, curiosity, the pleasure of looking and of blasting things open – cinema is inscribed by all of these forces." (The Utopia of Film, 2004)

The perception-based and technologically mediated faithfulness of the moving image to life "as we know it" is only the most basic concept that movies have given us. The second, via stop-motion: that inanimate matter can come to life and impossible (previously invisible) processes are nonetheless possible. That life on the screen may fully open itself up to “life outside” is the theme of many great dreams and movements – from the cult of Hollywood star-making to Neo-Realism and all variants of Direct Cinema to the central question of the avant-garde: how to eliminate the boundaries between art and life? Dziga Vertov and the Soviet film/bio-engineers of the 1920's saw film as the harbinger of a new way of life, the creation of a "new man." (And as this series includes both Vertov's Man with a Movie Camera and Fedor Ocep's The Living Corpse in newly restored versions, we might also refer to the life-giving activities of film archives: they like to think of film restoration in terms of “resurrection.”)

The great dream still resonated with Fassbinder: "Movies must at some point stop being movies, must stop being stories and begin to come alive so that one wonders: what do they mean in terms of my own life?" The phantasm of authenticity and immediacy, however, is no longer viable. There is no “real life” beyond the mediated. Film, in its attempt to capture and understand life, must always also penetrate the inauthentic and look for the manifold places where “life itself” appears in all of its artifice and constructed nature. Films such as Imitation of Life (1959), Playtime (1967), La Société du spectacle (1973), Leben – BRD (1990), Close Up (1990), eXistenZ (1999) and Low Definition Control (2011) bear witness to this.

Among the classical genres of cinematic entertainment, some are especially well-suited for the investigation of what Foucault calls the "radical nature" of life: "At the limit, life is what is capable of error." Nowhere is this seen more clearly than in the failures, faults and mutations that are processed by melodrama, slapstick comedy and horror films. These genres form their own separate threads in the program. Another thread follows cinema’s dark fascination with botanical, animal and "scientifically conceived" life (and death) – from The Soul of Plants (1922) through The Heritage (produced by the Racial Policy Office of the NSDAP, 1935), to The Blood of Beasts (1949); from Röntgentonfilm der Sprache (1937) to Primate (1974) and Stan Brakhage's Garden of Earthly Delights (1981).

And finally: "The Life of ..." – the biographical mode, one of cinema’s most popular forms of portraiture. It is a much more varied terrain than that of the standard “biopic” model, no matter if the film in question centers on a fictional figure (McTeague in Greed; Nana S. in Vivre sa vie; Ricky Bobby in Talladega Nights), on partially-true accounts (Charles Foster Kane; the Pritz Family in Knittelfeld), or on an actual person (Eadweard Muybridge, Zoopraxographer; Hồ Chí Minh in 79 primaveras). It can even center on the person behind the camera, a person for whom living and filming become almost inseparable: in the case of Jonas Mekas, autobiography implicitly turns into an epic essay on film’s capacity to write history. Fleeting yet emphatic, marked by decades of restlessly “moving on” (filming) and backpedaling to reflect on the process (editing and releasing the footage as “works”), Mekas’ practice is dedicated to memory. To the memory of what has been lost – and, then again, not yet lost, because he has captured it, kept it, redeemed it.

In the fall of 1896, a similarly fleeting-emphatic image was recorded in the streets of Vienna: A young man walking on the Kärntnerstrasse briefly stops and looks straight into the Cinématographe Lumière (Entrée du cinématographe à Vienne). His gaze is directed at the nearby object, the new-fangled apparatus that stands in the middle of the sidewalk. But he also looks into the future, and at everyone who has since viewed this recording, even at those who have yet to see it. What this young man, who was not yet a moviegoer, couldn’t know then was how his gaze and his existence would reverberate through all the gazes and existence of those who live with the cinema.

Alongside current cultural and theoretical discourses on "bio-politics" and "bio-power," the writings of Siegfried Kracauer serve as a leitmotif for this series. It concludes with three evenings of lectures – by Heide Schlüpmann, Drehli Robnik and Joachim Schätz – which will be devoted to that common space between film, life, and history, that Kracauer outlined repeatedly from the late 1920s until his death in 1966. A space full of openings, ruptures and opportunities, in which the scholar’s instrumental relationship to reality may evolve into something new, "the gesture of being moved by other life." (Schlüpmann)