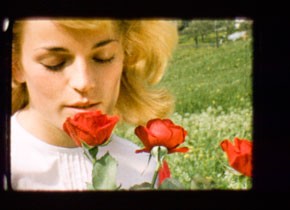 For this reason, the Film Museum and the Vienna Library are, for the third time, organizing an event to commemorate International Home Movie Day. On October 20, we invite the public to bring their home movies, as well as "found" or inherited amateur footage, to be inspected by our experts and then projected. Starting at 11:00 am, films and projectors can be “checked in” at the Vienna Library at the Rathaus. At 1:00, 2:30, and 4:00 pm, short lectures and screenings will offer participants the opportunity to familiarize themselves with the creation of digital viewing copies, various formats, the history of amateur film, as well as with the collection policies of the Austrian Film Museum with regard to amateur film. In addition, filmmakers from filmkoop wien will present a screening of analog material. Starting at 6:00 pm, a selection of films brought by the public will be screened in the large hall.

We ask visitors to bring only film material (no videos or DVDs). Depending on the number of participants, there may be delays in the schedule and we may not be able to screen all of the films brought in.

In the spirit of this presentation, a Lomokino Analogue Movie Maker Workshop along with a raffle of 5 Lomo movie cameras will also be held. The Viennese Home Movie Day is a joint project of the Film Museum, the Ludwig Boltzmann Institute for History and Society, the Vienna Library and the Austrian Museum of Ethnology.