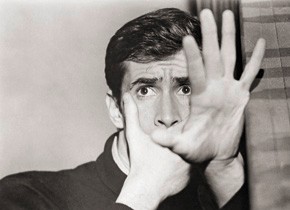 With "Carnival of Souls," the Film Museum presents the first half of a large-scale retrospective dealing with one of most compelling genres of film history: horror movies. Screen images have always had an affinity to dreams, and in the cinema of horror, the nightmares of mankind find their most direct expression. Thrill-seeking and voyeurism are driving forces in shaping the form of horror films, while their  stories are drawn from the primal fears of the collective unconscious as it shifts throughout history: the cinema of horror is as much a barometer of social change as the ultimate expression of how the medium exerts power over its audience.

It was only at the beginning of the 1930s that the term "horror" became acceptable, as Hollywood’s Universal Studios ushered in the first golden age of the genre. What today is called horror in literature and film – the dark side of fantasy – is often difficult to distinguish from other areas such as science fiction. Its early roots go back at least to the 2nd Century and the magical transformations and supernatural elements of Apuleius' satire, "The Golden Ass." Monstrous beings can already be found in the oral traditions of folklore and fairy tales, and they moved on to the miracle plays of the Middle Ages, the Victorian horror-romance and the ground-breaking tales of Edgar Allan Poe. From there, a direct line of preoccupation with fear, death, and the macabre leads to early cinema which often drew on 19th century ghost stories and tragedies of fate.

But it was only after the end of World War I – particularly in Germany and Scandinavia – that the cinematic architecture of fantasy received its true foundations: Robert Wiene's expressionistic nightmare The Cabinet of Dr. Caligari represented an unhinged world of madness and demonic power, while other directors created genre-defining confrontations with death (Victor Sjöström's Körkarlen, 1921), the vampire (Murnau's Nosferatu, 1922), the eerie doppelganger (The Student of Prague, 1926), and the devil (Benjamin Christensen's Häxan, 1922).

Christensen was not the only one who soon departed for the U.S., where in the meantime, Lon Chaney, acting in delirious films like Tod Browning's the Unknown (1927), became the first superstar of the horror genre – avant la lettre. The description only took hold when, with the advent of sound, classical and continually popular monsters found their most famous (and often best) embodiment in key works such as James Whale's Frankenstein (1931) or King Kong (1933).

Universal’s monster movies started a boom, while much cheaper productions discovered quasi-surreal border zones: in terms of atmosphere (if not artistic genius) Victor Halperin’s White Zombie (1932) comes very close to the contemporaneous Vampyr (1932) by Dreyer; and Roy William Neill's Black Moon (1934) anticipates the mysterious moods and ellipses of Jacques Tourneur's I Walked with a Zombie (1943). The latter is part of a cycle of RKO masterpieces produced by Val Lewton. Perfecting the art of suggestion, Lewton fully overhauled the horror genre during the Second World War. His sublime works are like lamentations from the home front, evoking a world of doubt (at home) and death (overseas).

It was only with respectful distance from the real horrors of war that horror film production got back into gear during the 1950s when the new dimension of color triggered a renaissance of the genre. The British Hammer factory found success with a class-conscious revision of classic subjects such as Dracula (1958), while in the U.S. low-budget king Roger Corman began his ingenious cycle of loose Poe adaptations. At the same time, several virtuoso stylists in Italy and Japan – Mario Bava, a former cinematographer, or Nobuo Nakagawa, Japan's one man horror film army, to name only two examples – started an international revolution within the genre. Not least thanks to the worldwide success of Psycho (1960), horror films had landed firmly in the mainstream and bore strange fruit there while on the fringes the genre moved in new and more extreme directions – as demonstrated in the films by the "Godfather of Gore," Herschell Gordon Lewis (Two Thousand Maniacs!). The results of this development will be seen in Part 2 of this retrospective, in the fall of 2014.

"Carnival of Souls" presents iconic performances by the great actors in this genre, from Boris Karloff to Vincent Price, it honors the trend-setting cycles of Lewton and Corman, and, alongside the central horror filmmakers (from Tod Browning to Terence Fisher), returns neglected directors like Roy William Neill and Mark Robson to their rightful place. In addition to the canonical Anglo-American lineage, the retrospective emphasizes the international dimension of the genre – and other genealogies: silent horror would find heirs like Frank Wysbar's film of legends, Fährmann Maria (1936), in the German Reich, La Main du diable (1943) by Maurice Tourneur (the father of Jacques) in occupied France, and Edgar Neville's La torre de los siete jorobados (1944) at the height of Franco's dictatorship. In the Spanish-speaking world or in Asia, pioneering works such as the Mexican ghost story El fantasma del convento (1934) or the great Chinese version of "Phantom of the Opera," Yèbàn gēshēng (Song at Midnight, 1937) take varying paths with different reference points en route to the fantastic.

Yet, all horror narratives communicate with each other by assimilating recurring themes in manifold forms, creating a global portrait of historical change and its attendant anxieties: the somnambulistic creature from Dr. Caligari transforms during the Depression era into the voodoo cult slaves of White Zombie and returns from overseas in 1966 in John Gilling's Marxist masterpiece The Plague of the Zombies, already radicalized to the point where George A. Romero's Living Dead (1968) will soon invade a USA rattled by the Vietnam War and the civil rights movement.

The retrospective, curated by Christoph Huber, presents 51 works dating from 1918 to 1966 (see page 6 for the list of selections). The silent films will be accompanied by original scores or by Gerhard Gruber live on the piano. Several screenings will be introduced by film historians and critics such as Hans Langsteiner, Judith Fischer, Oliver Hanley and Christoph Huber.