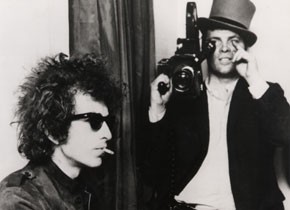 In the history of documentary film, the year 1960 marks a break with the past: at almost exactly the same time, the development of a new cinematic realism began in the U.S.A., Canada and France. The first use of light, portable 16mm cameras with newly developed lenses and sync sound recording made it possible to show events and human beings with unprecedented directness. The films’ images appeared not just less staged but more real and more alive than ever before. It wasn't just documentary filmmaking practice which changed in a very short time span, but the conventional perception of filmic reality itself.

American Direct Cinema, with its main protagonists Robert Drew, Richard Leacock, Albert & David Maysles and D. A. Pennebaker, rapidly became the epitome of this "new immediacy". It was part of a rejection of the rigidity in official 1950s culture and was closely linked to the new directions being taken in society after 1960. The ideal of "observation without intervention" was expressed in a self-imposed filmmaking ethos which rejected staged scenes or the changing of events in front of the camera as well as explanatory off-screen narration, additional music and interviews with the protagonists.

This claim to objectivity soon led to heated debates (between the intellectual Parisian frontline of cinéma vérité and the pragmatic New Yorkers, for instance), yet the films themselves were far less dogmatic than many discussions about them. Right from the beginning, one finds elements of self-reflection and complex strategies for focussing on the medium itself. The presence of the camera in the picture, for instance, was one of the basic characteristics of Direct Cinema, which drew much of its credibility from this transparency of shooting conditions.

The hour-long Primary (1960), which accompanied John F. Kennedy's Presidential campaign during the primaries, is considered emblematic for the whole movement. It was a collective endeavour in which, alongside Robert Drew as executive producer, his associates Leacock, Al Maysles and Pennebaker (as cameramen) were centrally involved. Primary represented a first step into a new era, akin to Kennedy's inauguration in political terms. This "film-historical revolution" actually took place on television – the Drew Associates’ works were co-produced with ABC and financed by Time, Inc. Robert Drew, a former journalist with Time, was the catalyst of these early years. He was the one who conceived of documentaries as conflict-based "reality dramas". From Yanki No! (1960) and Petey and Johnny (1961) to Jane [Fonda] (1962), Crisis and The Chair (1963), his films became exemplary witnesses to the debates in American society at the time: the civil rights movement, the Cold War, the mediatized character of Kennedy's presidency etc..

After the dissolution of the Drew Group (1963), Leacock, Pennebaker and the Maysles Brothers developed even more radical forms of representation in their independent works, and continued to pit "authenticity" against "construction". They focused on the staging of politics (from Campaign Manager, 1964, and Hier Strauss, 1965, up to the Clinton campaign in The War Room, 1993) and the warped media industry (A Happy Mother's Day and Showman, both 1963). They also tried a balancing act between market demands and autonomous art, whether in their numerous “rockumentaries” (Dylan in Don't Look Back, 1967; Monterey Pop, 1968; the Stones in Gimme Shelter, 1970; David Bowie in Ziggy Stardust and the Spiders from Mars, 1973) or their intimate and unconventional portraits of stars such as Marlon Brando, Igor Stravinsky, Truman Capote, the Beatles, Christo and Muhammad Ali.

Despite these thematic preferences, one finds an astonishing diversity in the works of Leacock, the Maysles and Pennebaker. Complex psychological portraits, such as the Maysles classics Salesman and Grey Gardens, stand alongside semi-ethnographic studies of the American hinterland (such as Queen of Apollo, The Burks of Georgia and Community of Praise) and open documentary forms (Town Bloody Hall with Norman Mailer, 1979, Elliott Carter at Buffalo, 1980).

Today one can still feel in these films the fascination and euphoria with which they crossed a threshold: between the public, "artificial" stages of popular culture and politics on the one hand, and more private, intimate, hidden worlds on the other. From the vantage point of the “direct documentarists”, the biggest celebrities became everyday heroes and vice versa. This "new closeness" between the average citizen and big stars was a construct, of course, but it was still free of cynicism: the way it saw itself, Direct Cinema was an optimistic contribution to democracy under the sign of an early media society; films for a public which no longer accepted being treated like children by paternalistic newsreels or “informational” films. The ambivalence which this ideal originally entailed is always there to be seen. These filmmakers document not just their topics and protagonists, but also a Parsifalesque search for the-truth-on-film.

The Retrospective is curated by Constantin Wulff and Elisabeth Fraller; it brings together the most important representatives and aspects of Direct Cinema in a comprehensive context for the first time in Austria. Robert Drew and Richard Leacock will attend the first week of the show. The Retrospective is organized in collaboration with Navigator-Film and the Vienna Festival – Wiener Festwochen.