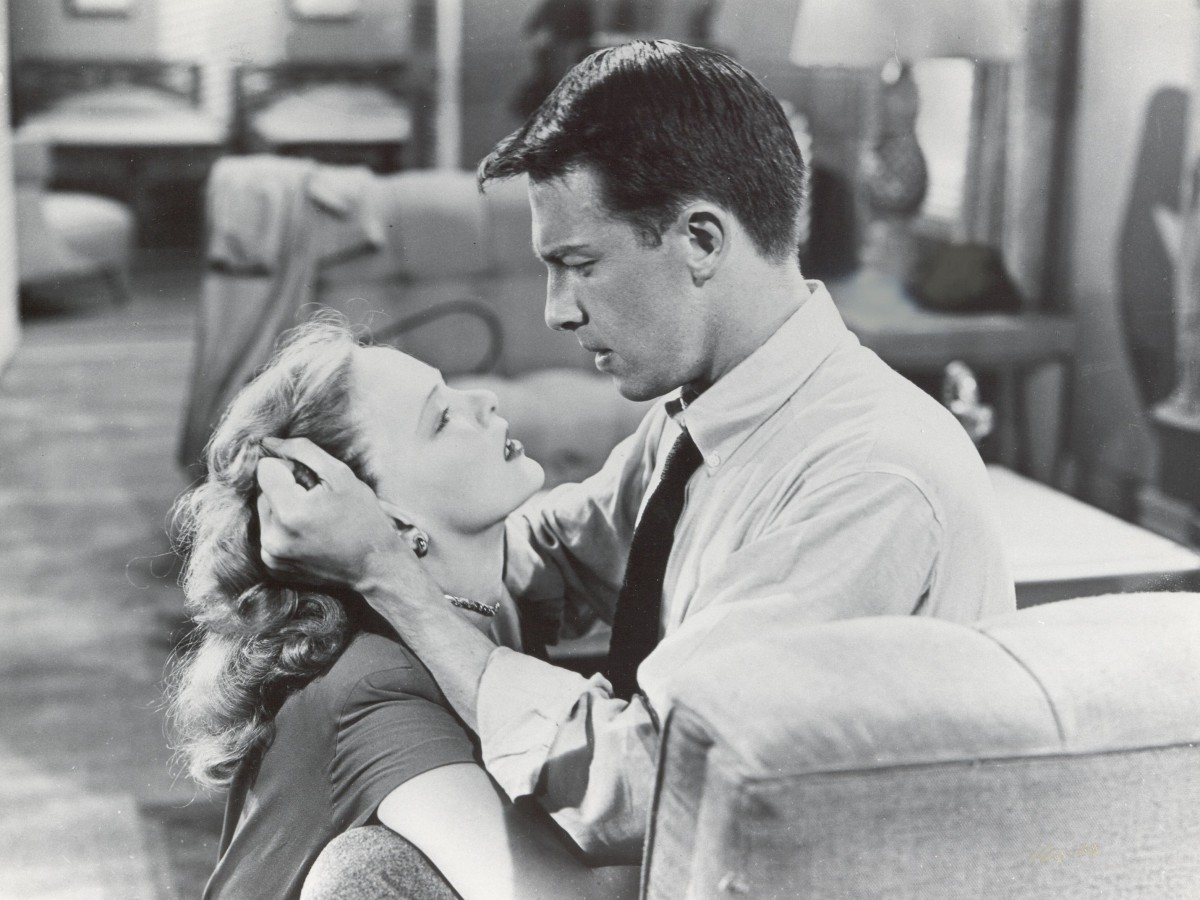 The retrospective The B-Film reconsiders the history and legacy of that singular mode of low-budget filmmaking invented within the Hollywood studio system and kindled long after as an ideal and inspiration by diverse filmmakers from Jean-Luc Godard and Seijun Suzuki to Hartmut Bitomosky and Kathryn Bigelow. The B-film, this retrospective makes clear, was a historically specific mode of cinema that flourished from the mid-1930s until the 1948 Paramount Decree, thanks to the institution of the double bill and the dedicated B-units established within the major studios. An important aim of this archaeological program is to carefully recover the real and historically specific meaning of the B-film by showcasing its most exemplary expressions, and by starting to assemble a canon of major works. Long used as a pejorative and nostalgist term, the B-film, this retrospective argues, needs to be recognized as a unique and quintessentially American art form created largely by émigrés and artists whose work and careers remained on the margins.

During its heyday, the B-film embraced to the fullest degree that paradoxical ideal of the studio system as an "art factory" by realizing a remarkably efficient mode of pure cinema that simultaneously returned to the vaudevillian and "attraction" taproot origins of the cinema while also embracing diverse avant-garde currents, from Surrealism to photogénie, to Soviet montage. While the stylish and extraordinarily resourceful films of producer Val Lewton and émigré director Edgar Ulmer leap immediately to mind, equally impressive are the examples of singularly innovative yet lesser known B-films showcased here, such as William Castle's When Strangers Marry (1944) and Joseph H. Lewis My Name Is Julia Ross (1945).

This retrospective also reveals the B-Film as a vital incubator for bold innovation and experimentation in genre and narrative otherwise rare in studio-era cinema. The origins of what would only later be called film noir can, for example, be traced to seminal and underappreciated proto-noir B-films included in this program, Blind Alley (1939) and The Stranger on the Third Floor (1940). Indeed, both films establish lasting noir archetypes by evoking psychoanalysis and dreams to explore criminal pathology as a waking nightmare shaped by trauma and "cured" by visually intense and deliberate flashbacks.

Within the B-film we can also discover still unnamed genres and cycles that, like film noir, give new perspective on Hollywood's imaginative intimacy with the zeitgeist of studio-era America. The long series of "mad scientist films" – The Man They Could Not Hang and Donovan's Brain, for example – and the numerous "Asian detective films" – here exemplified by The Daughter of Shanghei, Mr. Moto's Last Warning and The Phantom of Chinatown – thus speak revealingly and often remarkably directly to contemporary fears and hopes about science, race and power. Yet beyond any symptomatic readings, the genres invented by and for the B-film also need to be appreciated as always partially strategic reinventions of successful genre formulas or seminal films; the clear referents here being Frankenstein and his many cinematic afterlives and Charlie Chan qua Sherlock Holmes. But we could also go one step further and consider the off-beat characters at the center of these and countless other B-genres as embodiments of the outsider status of so many talented artists – most prominently European exiles – who nevertheless found work and refuge of sorts in the B-film.

A different kind of showcase of the free-ranging imagination and "other place" within the studio-era cinema cultivated by the B-film are those many works linked by a fascination with the supernatural and occult, like The Leopard Man (1943), The Falcon and the Co-Eds (1943) and Weird Woman (1944). Also striking is the radical hybridization of genre found in eccentric key B-films such as William McGann's outlandish and shapeshifting comedy-mystery-horror Sh! The Octopus! (1937). For in these unclassifiable films we can start to understand the B-film as a different and often self-conscious mode of filmmaking, one used by the studios to experiment with bending and giving new meanings to already established genre formulas.

While focused upon the 1935-1948 period, this retrospective also points towards the afterlife of the B-film by including a group of Fifties films made by producers and directors trained earlier in B production such as Joseph H. Lewis and Norman Foster. In the post-Classical era the B-film lingered on, though differently, in the work of inventive directors and producers who deliberately and subversively forged artistic freedom and possibility on the lower end of the budget scale such as Ida Lupino, Phil Karlson and Budd Boetticher. The further legacy of the B-film is suggested by works from maverick director-producer Roger Corman, the legendary Ed Wood, Jr. as well as independent directors such as Hubert Cornfield and Irving Lerner. In these works we see embodied later mutations of the B-film into alternate modes of low-budget production: exploitation, "schlock" and the low-budget genre/art film. While these later branches or tributaries of the B-film share a subversive force and termite energy, to borrow Farber's phrase, they need to be marked as distinct from the studio-era B-film whose symbiotic and dialogic relationship with the A-features and the different studios' house styles gave the classic B-films an imitable yet ineluctable quality. (Haden Guest)

A program of Viennale and Austrian Film Museum, curated by Haden Guest.

This retrospective is presented with the generous support of the U.S. Embassy Vienna.

No reservations accepted for screenings from October 26 to November 8, special ticket regulations apply during the Viennale.