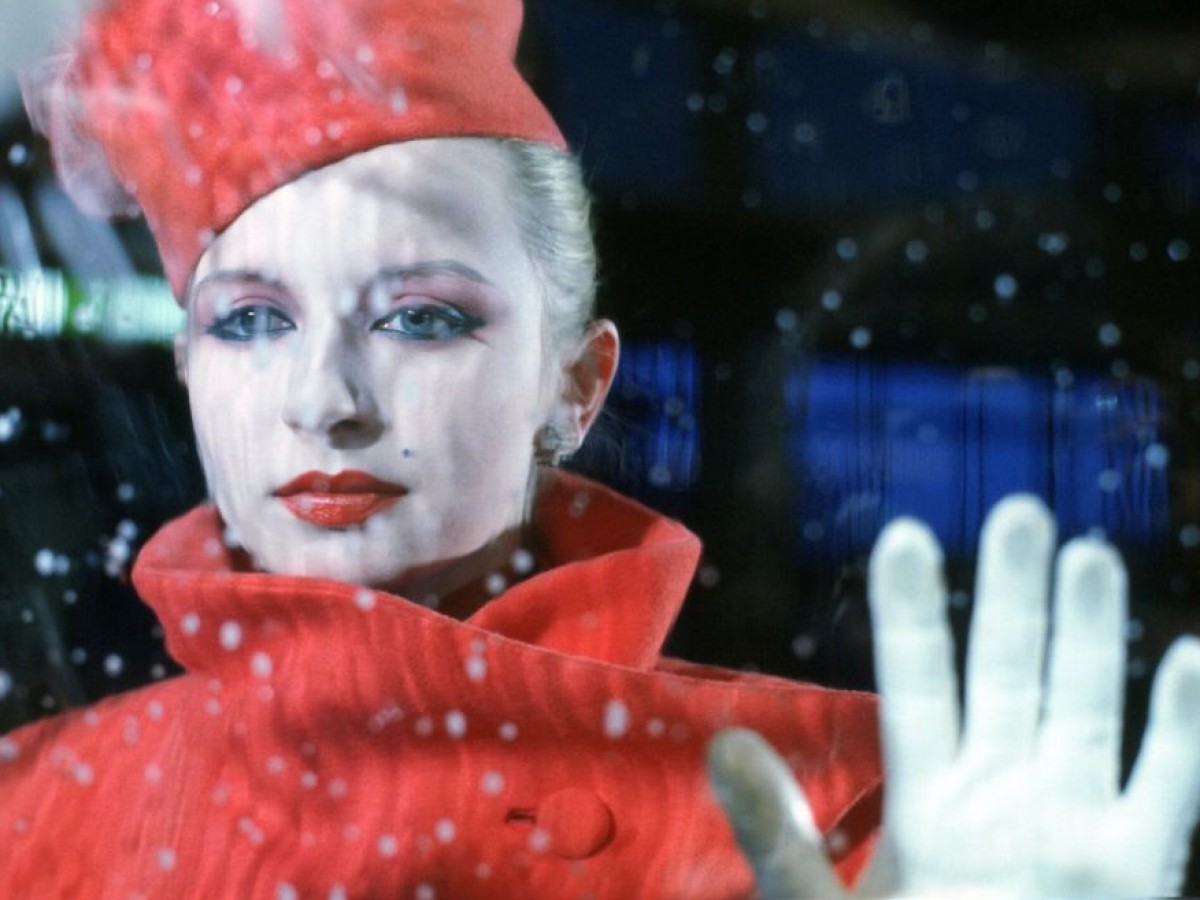 Welcome to the revolutionary cosmos of Ulrike Ottinger! To celebrate the 80th birthday of this cinematic pioneer, multi-talented artist, and world traveler, we will present a complete retrospective of all her films and show you something you've never seen before. With her equal parts auteurist and avant-garde cinema, Ottinger is a filmmaker who refuses to conform to the mainstream (both Hollywood and the average art house film). Her films follow two tendencies: We can differentiate between an artifice-heavy and eccentric body of work strongly invested in fiction and an ethnographic, documentary body of work based around photography and editing. Both convey a subtle sense for fairy tales and magic, for the manufactured quality of everyday life, and its enchantments. Ottinger's films are very alluring, hers is a cinema of attractions full of astonishment and visual curiosity. These are films that speak of a great thirst for the world and how to go further in it: Namely via transformations, as she suggests in her first work Laokoon und Söhne (Laocoon and Sons, 1975), about a fantasy-filled alternative art world. Metamorphosis as a way towards new sensations starts with perception and what we understand as reality – for Ottinger, something to expand. Die Betörung der blauen Matrosen (The Enchantment of the Blue Sailors, 1975) pursues this extension and accesses new poetic worlds, expanding cinema: The artist builds on her experience with collage – on film in its effectiveness as a conglomerate of painting, photography, dance, music, architecture, literature, choreography, rhythm, composition, and the drama of color and light. As early as Madame X – Eine absolute Herrscherin (Madame X – An Absolute Ruler, 1977), she cedes the psychology to an expert and turns towards the surface of the image. In her famous Berlin Trilogy – Bildnis einer Trinkerin (Portrait of a Woman Drinker, 1979), Freak Orlando (1981), and Dorian Gray im Spiegel der Boulevardpresse (Dorian Gray in the Mirror of the Yellow Press, 1984) – she celebrates the city's diversity as an artistic kaleidoscope of curiosities, wonders, and oddities, which she lifts from the everyday reality of many centuries and rebuilds before the backdrop of Berlin's industrial landscapes. In doing so, she exiles the yellow press to the sewars.

Ottinger's works are incredibly dense: Every object, material, costume, and character (and their names) is culturally loaded. Allegories and puns whisper, twinkle, blink, screech, and sing from the images. The filmmaker unites stylistic elements from different genres and artistic fields (surrealism, dadaism, and pop art especially), makes the past visible in the present, and creates a space for the imagination beyond reassuring sources of identification.

Far outside the simplifications of identity politics, Ottinger makes queerness and sexuality as well as art itself tangible creatives forces with the potential for an aesthetic release from ideological rigidity. She seeks out otherness abroad too, observing it from the alleged margins. Alleged insofar as they view the "exotic as a question of attitude." In today's world of border closings, re-nationalization, and the perceived endlessness of a system driven into the ground, politically and medially sobering, we find in Ottinger's films something that seems to have been completely lost: An atmosphere and spirit of upheaval and change motivated by encounters and captivated by the passionate examination of borders and movements that enable their dissolution.

Her films are both the results and exhibitions of collection processes. Qualities of the museum, collection, and archive as well as the experience of the positive impressions she connects to them are meaningful: She finds in them a reservoir for rediscovering film's visual language.

While her documentaries China. Die Künste – Der Alltag (China: The Arts – The People, 1985) and Taiga (1992) have their origins in childhood visits to the Asian collections of local museums, Ottinger's film collages themselves work to some degree as staged or edited collections: more Baroque cabinets of curiosities than modern museums. Johanna d'Arc of Mongolia (1989), the (post-)Soviet literary adaptation Zwölf Stühle (Twelve Chairs, 2004), and Prater (2007) are representative of this tendency. The world traveler finds the exotic in reunified Germany (Countdown, 1991) as well as in the material traces left in the cityscape of Shanghai by homesick Austrian, German, and Russia Jewish emigrants (Exile Shanghai, 1997), and in a Europe of no interest to the media (Südostpassage / Southeast Passage, 2002): as a collection of historical remnants in humans and their movements, in architecture and window displays, but also in deep seclusion, in objects, photos, memories, rites, customs, and melodies. In Die koreanische Hochzeitstruhe (The Korean Wedding Chest, 2008), Ottinger uses an old fairy tale to introduce her observations on the great theater of love and to make the traditionally lavish marriage ritual understandable as tradition, performance, and consumer culture all at once. The transformation of two Kabuki actors in Unter Schnee (Under Snow, 2011), in turn, makes theater the connecting theme in a documentary combining ethnography and poetry.

Documentary film's archival and recording possibilities do not follow hard and fast rules, either in relation to spatial possibilities or in view of time, which we see flying by in the images: we experience history with a rarely seen energy in the day-spanning work Chamissos Schatten (Chamisso's Shadow, 2016), a cinematic trip to the Bering Sea mixing logbooks, participatory observations, and travel reports from the filmmaker and others. A history of many histories. (Katharina Müller / Translation: Ted Fendt)

In the presence of Ulrike Ottinger

Exhibition tip: "Defiant Muses. Delphine Seyrig and the Feminist Video Collectives of 1970s and 1980s France" at Kunsthalle Wien homes in on the intersection between the histories of cinema, video, and feminism. In the 1970s, Delphine Seyrig became actively involved in the feminist movement, working with filmmakers like Chantal Akerman, Marguerite Duras, and Ulrike Ottinger. On view until September 4, 2022.