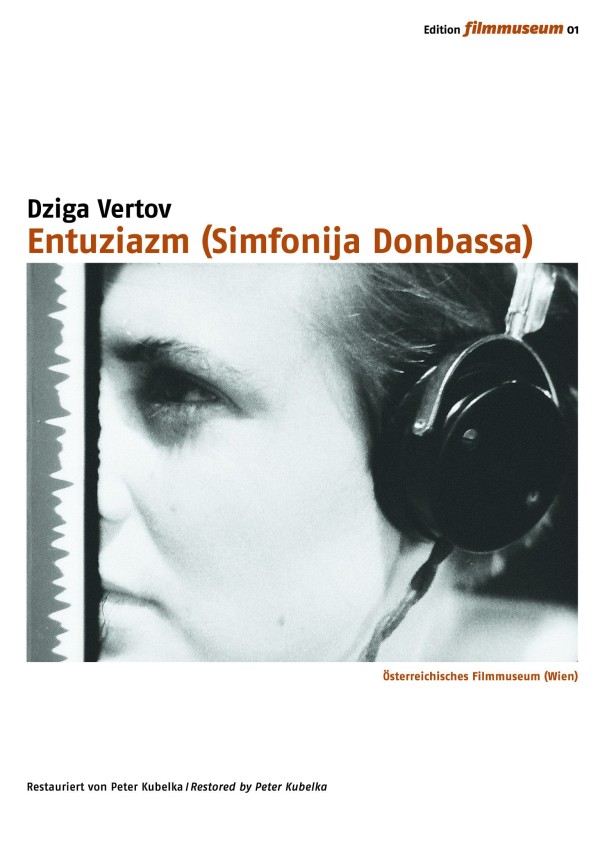 Dziga Vertov's Enthusiasm (Symphony of the Donbass) is considered a masterpiece of early sound film and of Soviet avant-garde cinema. Dealing with the Five Year Plan of the late 1920s, it was praised by artists like Charlie Chaplin, was subsequently forgotten, and rediscovered by the avant-garde movement of the 1960s.

This edition presents the film, for the first time on DVD, in two versions: the print preserved in the former Soviet Union's Gosfilmofond as well as Peter Kubelka's fascinating restoration which – by re-syncing image and sound – allows the viewer to experience what Vertov considered the new language of sound cinema. In Restoring Enthusiasm, Peter Kubelka – filmmaker and co-founder of the Austrian Film Museum – demonstrates the principles of his restoration work and discusses Vertov's concepts of cinema. The Extras section presents rare items from the Vienna Vertov Collection, also previously unavailable on video and DVD. The DVD won the award for Best DVD 2005-2006 at the Cinema Ritrovato Film Festival in Bologna.