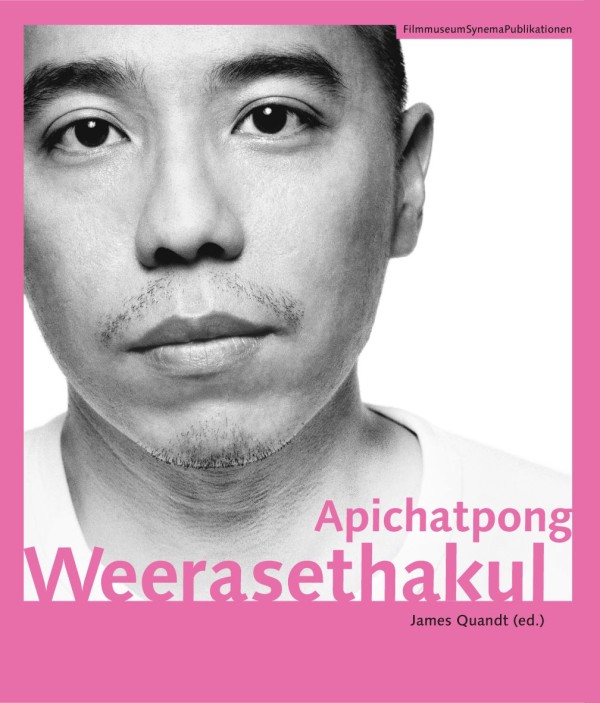 Out of print. See also DVD "Mysterious Object at Noon"

2010 Golden Palm winner Apichatpong "Joe" Weerasethakul is widely praised as one of the central figures in contemporary cinema. Trained as an architect in Thailand and as a visual artist in Chicago, he has stunned the film world with five innovative and dreamlike features made since the year 2000 – including award-winning films such as Blissfully Yours, Tropical Malady, and Syndromes and a Century. He is also an acclaimed installation artist, exhibiting his work in museums and art spaces all over the world. His film and installation project Primitive was on show at the Haus der Kunst in Munich and was presented at FACT, Liverpool, in the fall of 2009.

This first English-language volume on Apichatpong Weerasethakul looks at his works from a variety of angles and is extensively illustrated (245 color photographs). James Quandt, the editor and author of the analytical career overview which introduces the book, is one of the foremost film critics and curators working in North America today. Further contributors include the cultural and political theorist Benedict Anderson, filmmaker Mark Cousins, art curator Karen Newman, critics Tony Rayns and Kong Rithdee, and the Academy Award winning actress and cinephile Tilda Swinton.

With two interviews, conducted by James Quandt, and his personal essays on film, politics and "ghosts in the darkness", the filmmaker's own voice is also a strong presence in the book. The Appendix includes a bibliography, compiled by Chris Stults, and a full annotated filmography, compiled by Simon Field and Alexander Horwath.

"A wonderful anthology ... A lavish collection of critical studies" (Bordwell.com)

"When it comes to what its editor calls the 'hard work of interpretation,' this excellent anthology is a major step forward." (Artforum)

"The full Apichatpong story up to now is admirably presented in this new collection. It contains James Quandt's magisterial survey of the films themselves; Tony Rayns' full survey of the shorter works; or Benedict Anderson's superb survey on the Thai reception of 'Tropical Malady'." (Donald Richie, Japan Times)

"Best of all, the book is chock full of Apichatpong, who, more than any other visual artist I can name, can say compelling things about his own work without becoming his own chief expositor." (The Bay Area Reporter)

"Three texts by Apichatpong add significantly to the achievement of this new book in the outstanding series." (Sight & Sound)