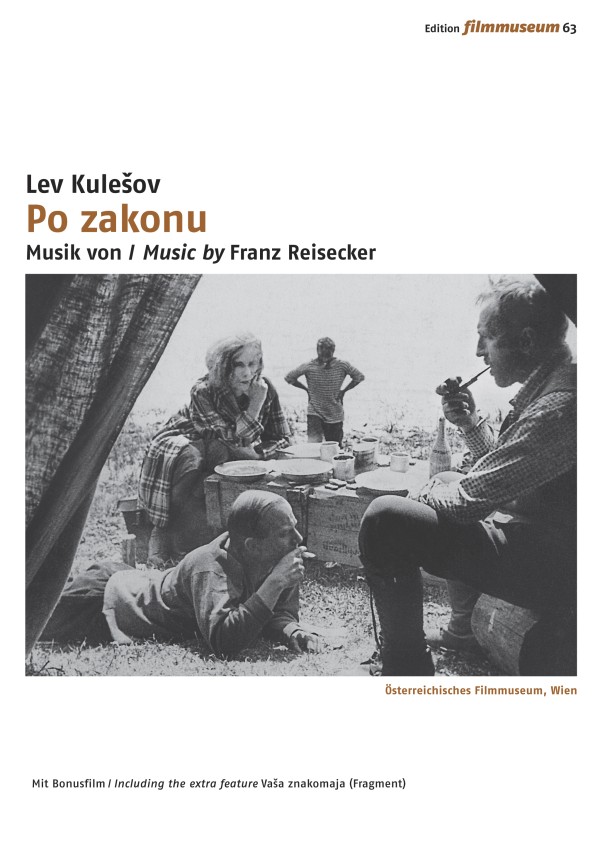 Adapted from a story by Jack London in 1926, Lev Kuleshov's Po zakonu (By the Law) was one of the most popular films of its time and is now considered a masterpiece of Soviet Cinema. By the Law tells the story of a group of prospectors in the Yukon who, after a gold strike and two murders, find themselves faced with an existential crisis, in the midst of horrific ice and darkness. Aleksandra Khochlova, the main collaborator and partner of the director, plays the unusual female lead.

The Austrian Film Museum holds an extraordinarily beautiful print of the film, which was preserved in 2009. Franz Reisecker, a central figure of Austria’s crossover-music scene, was commissioned to write a new score and chose to interpret Kuleshov's highly refined aesthetic with both analog and digital means. His musical dialogue with the film has been presented as a "Live Cinema" event, and it has also been recorded for the new Film Museum DVD. Apart from By the Law, the DVD also contains the only surviving fragment of Kuleshovs Vasha znakomaja / Your Acquaintance (1927) – with production design by Aleksandr Rodzhenko and once again starring Aleksandra Khokhlova.

"A masterpiece of limited means, elemental in every sense of the word" (Film Comment)

Language: Russian intertitles
Subtitles: German, English, French
All Regions, PAL 4:3, Music: Franz Reisecker
16 page bilingual booklet with an essay by Barbara Wurm and a conversation between Michael Loebenstein and Franz Reisecker (In German and in English)