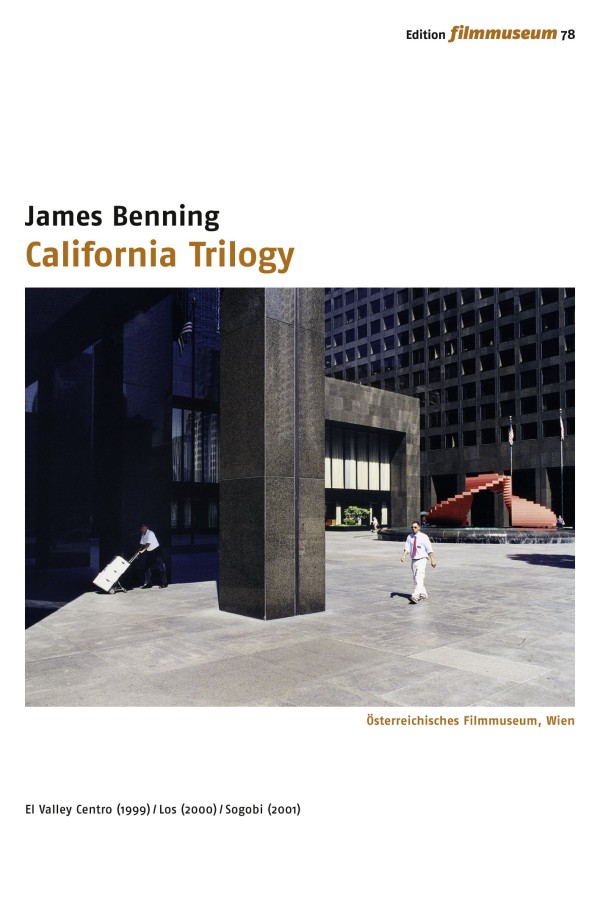 James Benning
Price: EUR 29.90
Produced at the junction of two millennia, the California Trilogy is James Benning’s three-part topographical study of America's "Golden State". Looking to the past while investigating the present, the former-mathematician-turned-filmmaker condenses three distinct Californian landscapes into a total of 105 shots, each exactly 2 ½ minutes long. Formal restraint and compositional precision combine with ambient sound and an unheard social commentary to create a hypnotic journey across the 31st US State; from the Great Central Valley (El Valley Centro) through greater Los Angeles (Los) to the Californian wilderness (Sogobi). This 2-disc set presents the complete California Trilogy for the first time ever on DVD.

"A wonderfully refreshing re-orientation of the cinematic senses - a purification of film's power over time and space. Very highly recommended." (DVD Talk)