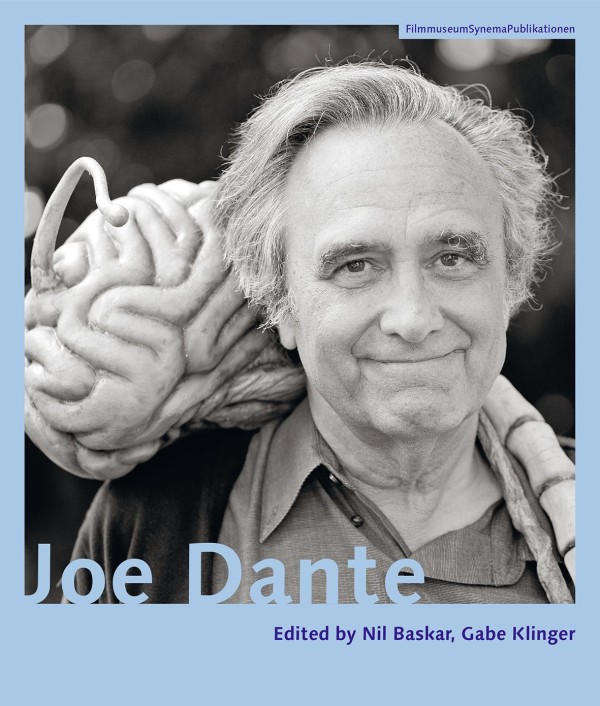 In the often dreary landscape of Hollywood's blockbuster era, the cinema of Joe Dante has always stood out as a rare beacon of fearless originality. Blending humor with terror and trenchant satire with sincere tributes to the moviegoing act itself, the "Dante touch" is best described as a free-for-all orgy of movies, memories and mischief. For the first time, this colourful universe is comprehensively explored in an English language volume featuring a career-encompassing interview, new essays by Michael Almereyda, Jim Hoberman, Christoph Huber, Gabe Klinger, Violeta Kovacsics, Bill Krohn, Dušan Rebolj, John Sayles, and Mark Cotta Vaz, as well as a treasure trove of never-before-seen documents and illustrations.

This book is jointly published with Slovenska kinoteka, Ljubljana.

"A pleasure of reading a book such as this lies in its built-in appeal both to fans and newcomers. Because of Dante's position within a system that many of us have come to resent, and because his career now spans more than forty years, a detailed chronological procession through his films inevitably affords a perspective – sometimes implied, sometimes direct – on Hollywood itself and its ever-changing currents. The result is comprehensive indeed. --- Boosted by a typically gorgeous, illustration-heavy design by FilmmuseumSynemaPublikationen, Baskar and Klinger have assembled a profitable range of perspectives here. --- These more essayistic approaches are both contextualized and grounded by a fascinatingly thorough conversation between Klinger and Dante." (Cineaste)

"'Joe Dante' makes a convincing case that its subject, despite never taking screenplay credit, has through his choice and interpretation of materials – and what he's done with projects which have landed in his lap – managed to maintain a clear authorial voice while compiling a varied corpus. The volume is, therefore, not only paradise for Dante acolytes, but an excellent choice for anyone wondering how talented practitioners can carve a career in a purgatorial medium which for more than a century has thrown art and commerce together as perhaps the most infernally stormy of bedfellows." (Tribune Magazine)

"A glance at the contents page suggests that this is primarily a collection of essays, although these only tape up 100 pages in the mid-section. Bookending them are a lenghty, delightfully candid conversation with Dante conducted by co-editor Gabe Klinger that's the closest we currently have to a full-blown autobiography, a detailed timeline of his life and career, and a comprehensive annotated filmography. In short, it does an admirable job as a single-volume overview." (Sight & Sound)