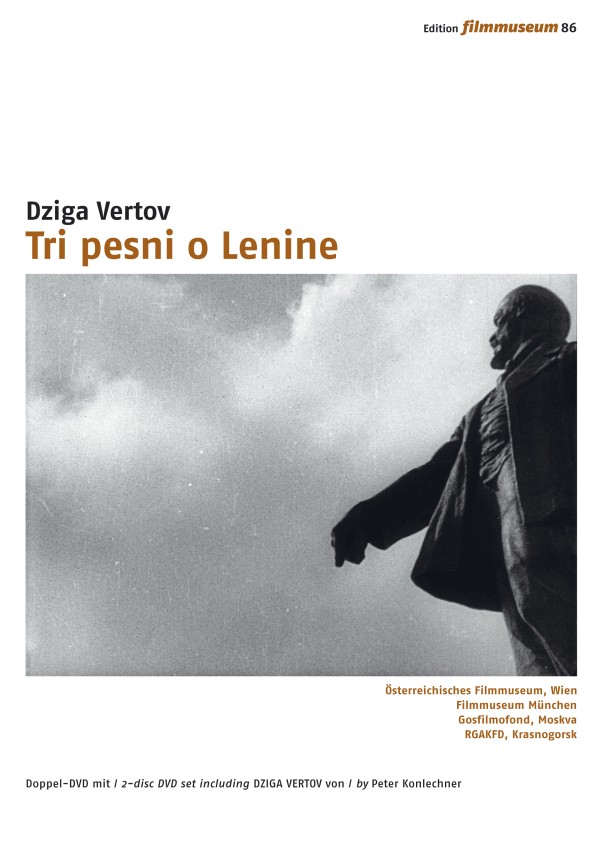 Next to the classic Čelovek s kinoapparatom (Man with a Movie Camera), his "film poem" to the founder of the Soviet Union, Tri pesni o Lenine (Three Songs of Lenin), is the most universally acclaimed and enduringly popular of all Dziga Vertov's films. This 2-disc set presents the earliest surviving versions of Three Songs of Lenin, the 1938 silent and sound reissues, previously unavailable on home video. Also included are the two Lenin-themed editions of Vertov's Kinopravda newsreel series as well as a feature-length TV documentary about Vertov by Austrian Film Museum co-founder Peter Konlechner.

"This handsomely produced package, important for historians of the USSR and for film historians, also includes two of Vertov's Kino Pravda series; a documentary about Vertov featuring his widow reviewing his works; and an informative essay on the 'multiple versions' of the Three Songs." (Cineaste)