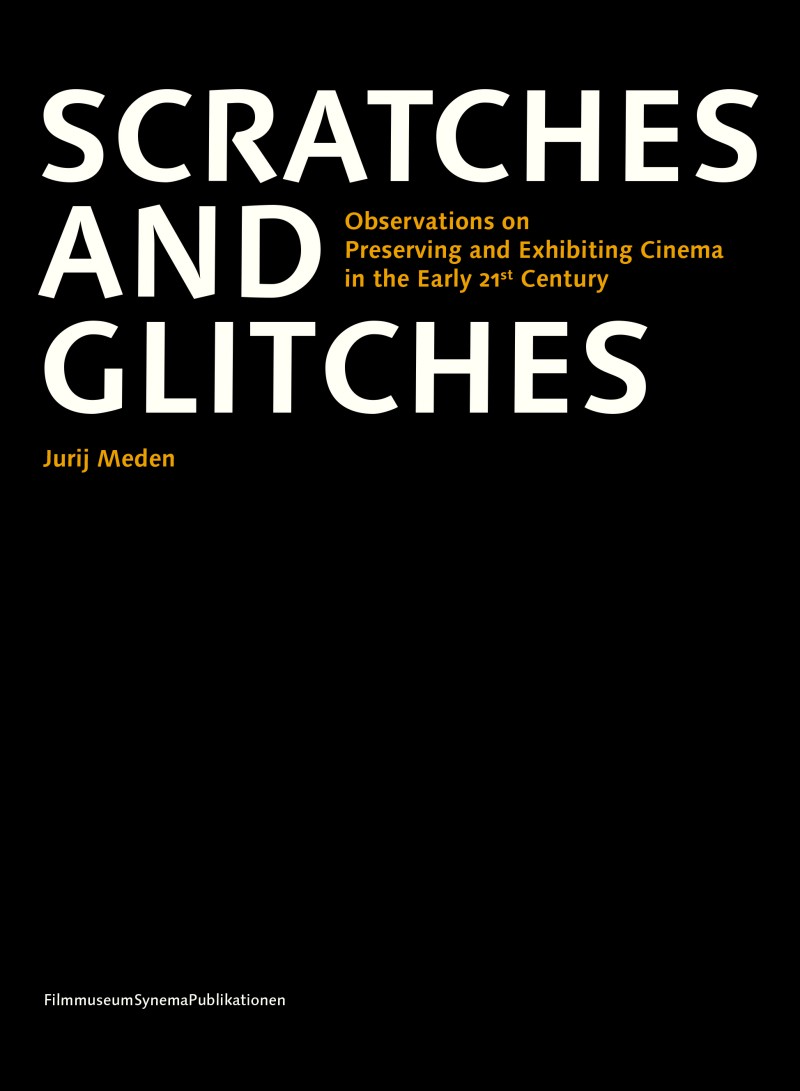 Observations on Preserving and Exhibiting Cinema in the Early 21st Century
Price: EUR 14.00
A rapid succession of changes has drastically reshaped the domain of preserving and exhibiting film heritage in the 21st century. Film production, exhibition, restoration, and reflection are today predominantly digital affairs. Professional profiles have become obsolete and new ones have emerged. Other forms of art and entertainment have taken center stage in collective dreams and discussions. Principles of curatorship have clashed with the idea of access. Streaming became the central way of experiencing moving images, and private space has trumped public space as the primary site of these experiences.

Scratches and Glitches is a collection of essays that attempt to make sense of these changes-in-progress in the wider context of cultural history, focusing on the responsibility of film archives and museums as guardians of film heritage.

Jurij Meden is a curator at the Austrian Film Museum in Vienna. Previously he worked as head of the program department at the Slovenian Cinematheque in Ljubljana and as curator of film exhibitions at the George Eastman Museum in Rochester, New York.

"With his blend of ethical drive, razor-sharp logic and understated humor, Jurij Meden has given us a cultural manifesto and a jargon-free guide to the difficult art of seeing. Up, spectators, to arms! This is an act of civil disobedience of the highest order." (Paolo Cherchi Usai)

"Deceptively slight, refreshingly modest, and more entertaining than a book of cultural theory has any right to be, Jurij Meden's Scratches and Glitches presents itself as a haphazard collection of musings, but the result is far more illuminating than most ostensibly weightier tomes. ... Scratches and Glitches is dialectical in the best possible sense: unafraid of apparent contradictions, and masterful at choreographing clashing ideas in such a way that the sparks forge profound and novel insights." (Jared Rapfogel, Cineaste)

"The most wonderful thing about this book is its merry and entirely deliberate level of self-contradiction. ... Meden’s book covers a lot of lively ground beyond the strict perimeters of preservation and screening issues. It’s an exploration of many, varied facets of global film culture. ... Scratches and Glitches is an urgently important and fun book." (Adrian Martin, Ubiquarian)