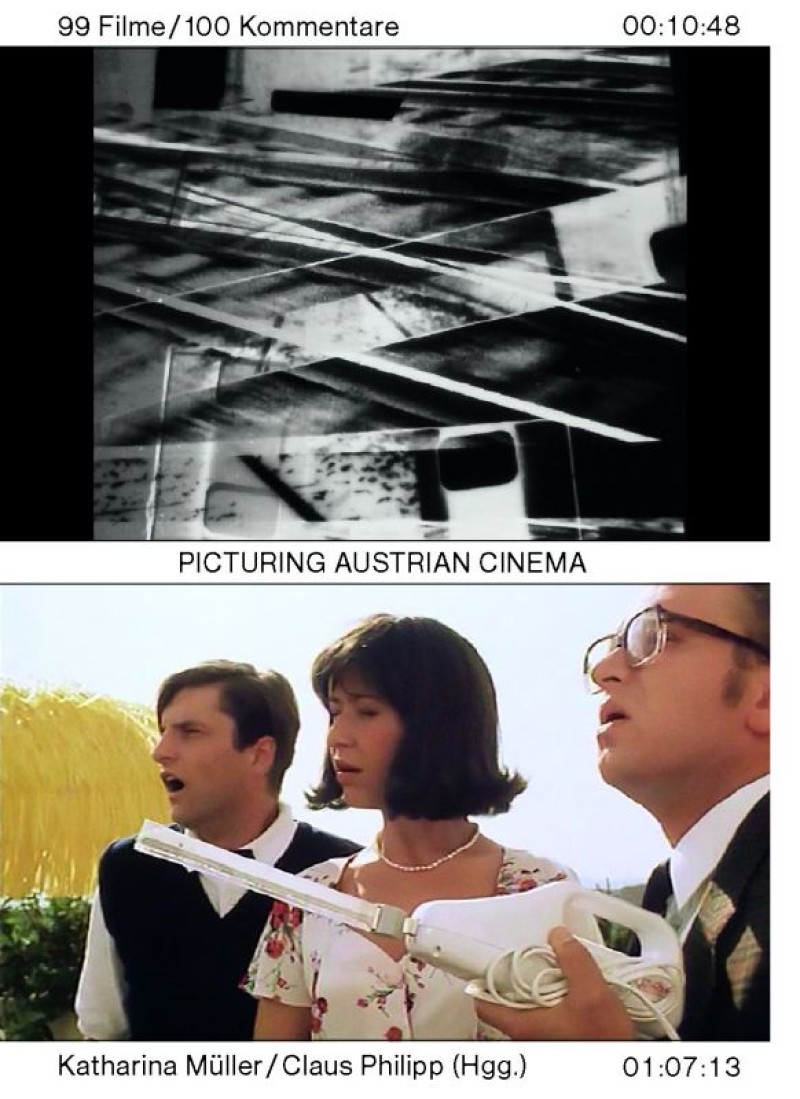 99 Filme / 100 Kommentare
Price: EUR 32.90
A reading and picture book playing with film history(ies) and what it can mean to stop time (filmically): 99 individual pictures from 99 works by 99 filmmakers since 1945, each selected and described by international writers, artists and journalists from the fields of criticism, film theory, and academia. Following a timecode fortuitously structured by the selected pictures, a topography of Austrian cinema unfolds over the decades between feature films, experiments, and documentations.

This publication is based on a concept by Frederick Baker, realized 2014–2020 in the course of the Cambridge Research Symposium "Picturing Austrian Cinema."

This volume will be also published in English.