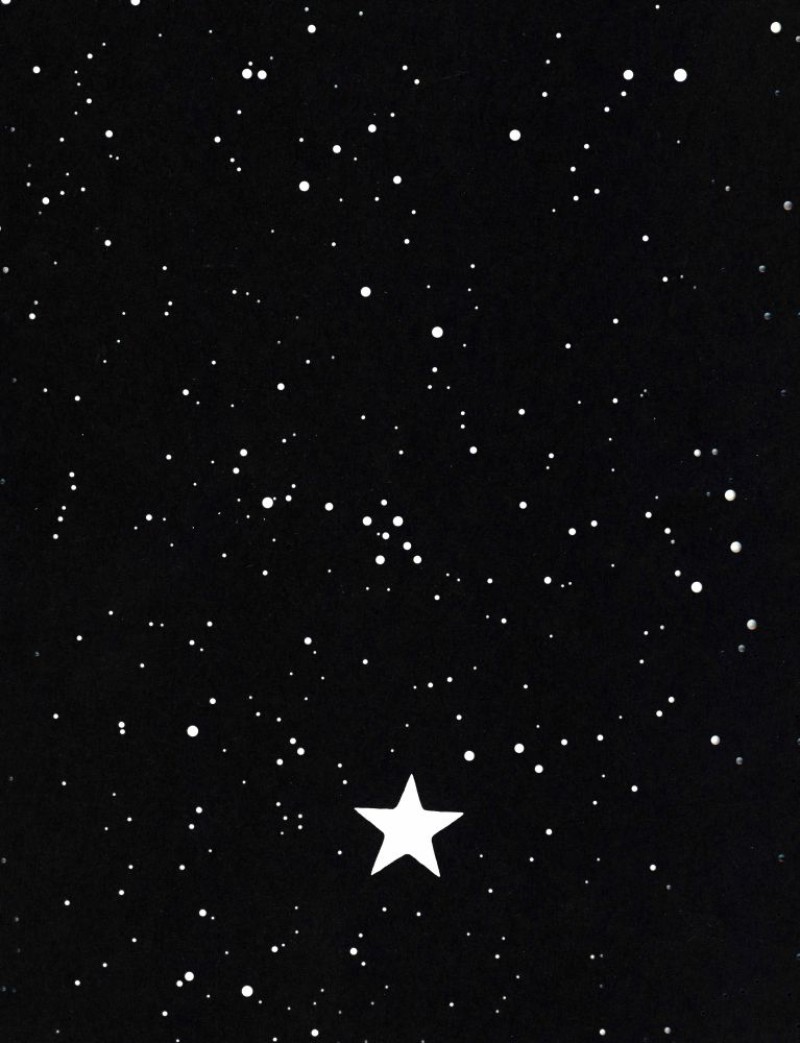 Price: EUR 42.00
Stargazing in Cinema shows a selection of film stills, which were collected during the research to the film ★. These images, which are placed before or after scenes of starry night skies in films, are arranged in groups to compare their similarities or juxtapose their differences. The book expands the perspective on starry night skies in film history with frames deliberately not shown in ★. The image plates are accompanied by an interview with Roland Fischer-Briand.
Design: Katarina Schildgen & Paul Gasser.