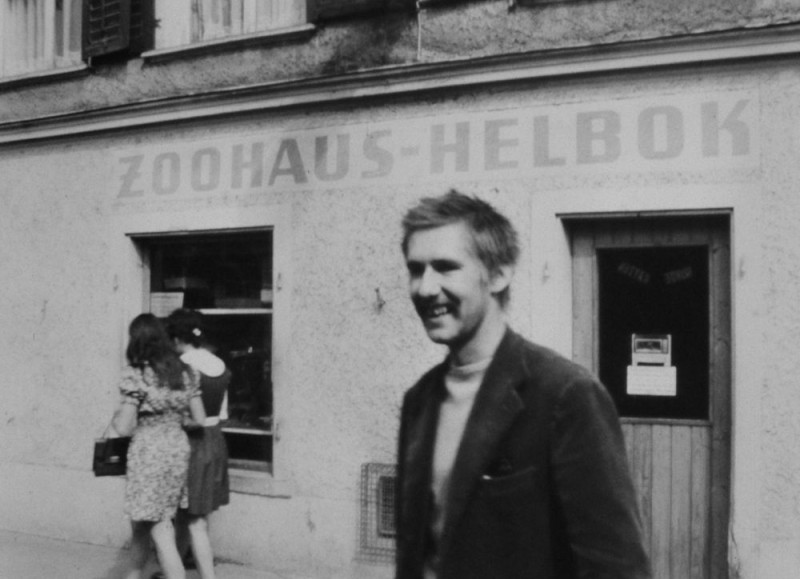 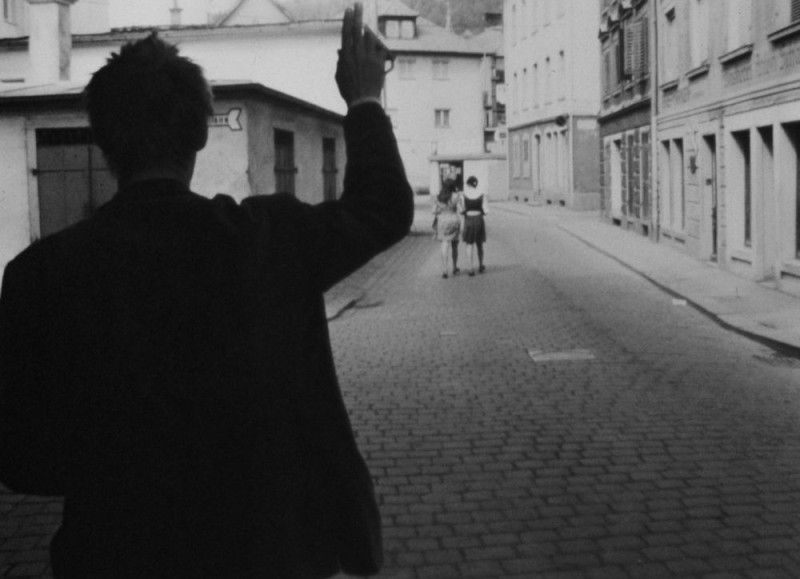 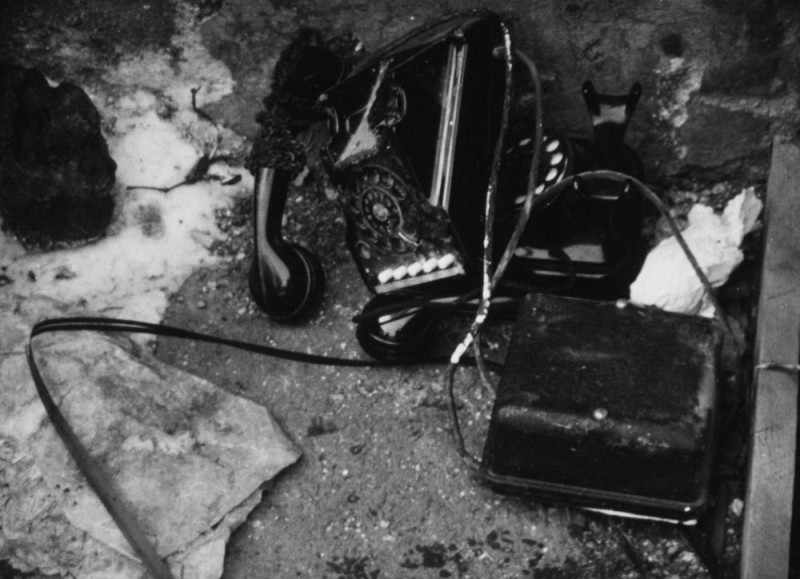 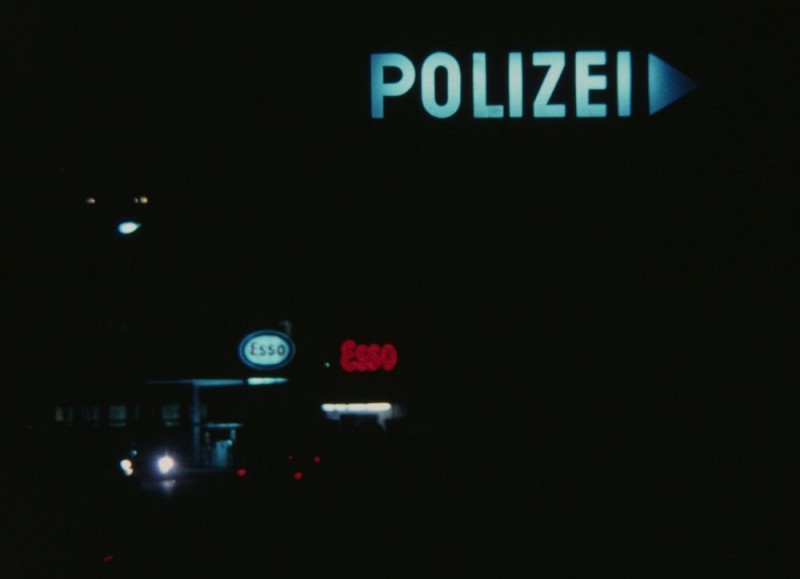 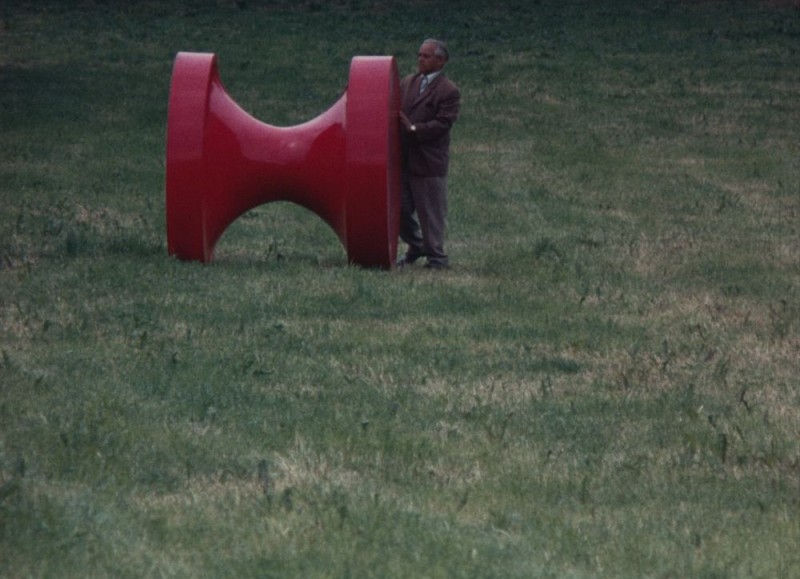 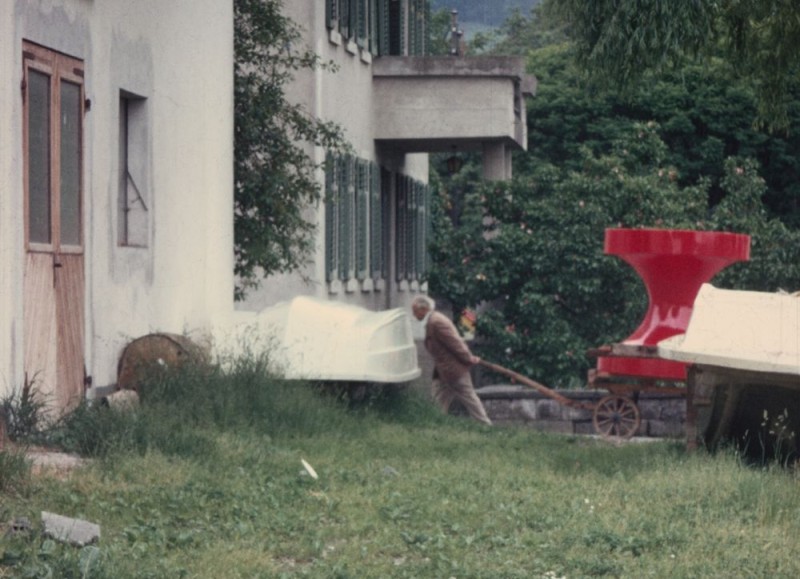 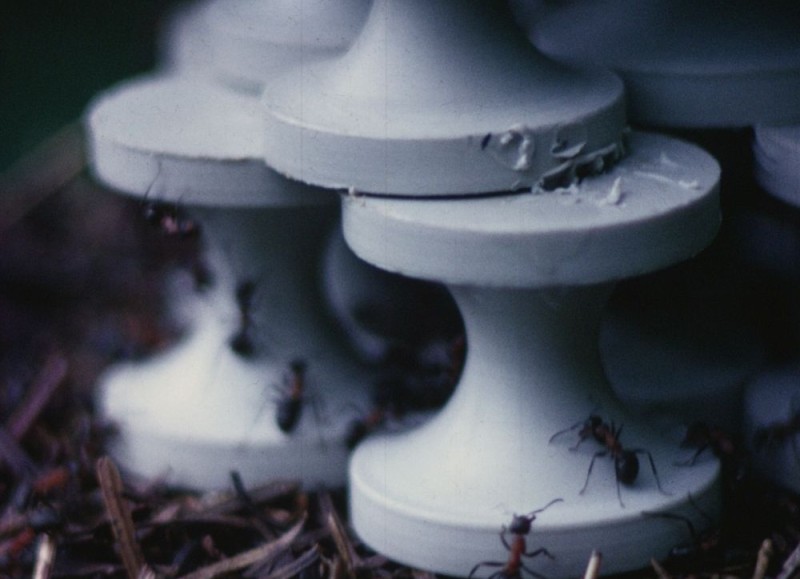 On behalf of Gottfried Bechtold and the Generali Foundation Collection – on permanent loan to the Museum der Moderne Salzburg, which holds all of Bechtold's films – the Austrian Film Museum has digitized eleven films by Gottfried Bechtold and is now storing the digitized files as a deposit to the highest current museum standards for long-term archiving.

Born in Vorarlberg in 1947, Gottfried Bechtold, trained as a stonemason, achieved international fame as a sculptor and conceptual artist. His work encompasses media art, photography and film. Digitized with the artist's participation, the eleven films made between 1969 and 1972 display central characteristics of Bechtold's work: an expanded conception of sculpture, medium self-reflexivity and a playful handling of light and motion, repetition and synchronicity.

Using 16mm and Super 8 reversal originals, the Film Museum was able to digitize at 2K the films BB, Phone, Polizei, Bundeshymne, Licht, FF (Alexander Kraus), Trigon 71 as well as the film that is part of the multi-media work Medienkoffer. For the films One Actor + One Camera, Simultaneous Drive to Four Different Points and Leitanschaugfilm, prints from the collection of the Generali Foundation were digitized.

The following series of images shows the steps in the digitization of the film Trigon 71 (1971, 23 min, 16mm, B/W & color): inspection and cleaning, 2K digitization to DPX image sequences and color grading referencing the analogue prints. 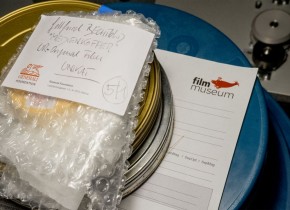 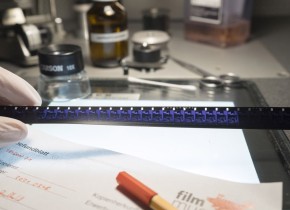 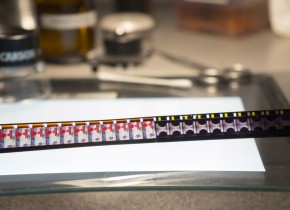 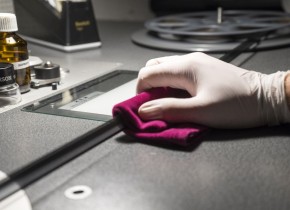 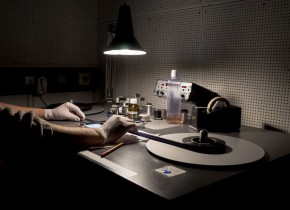 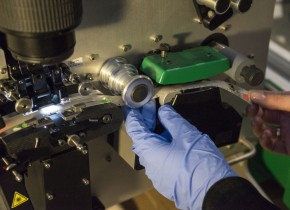 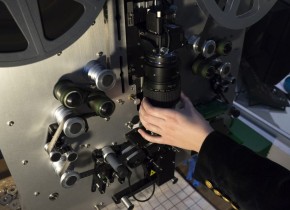 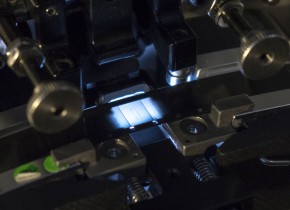 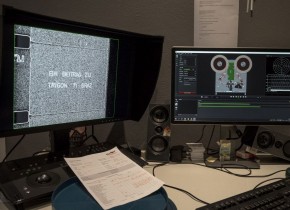 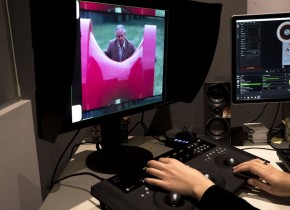 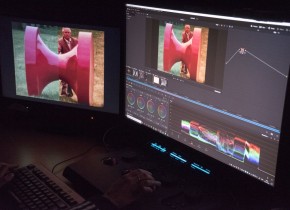 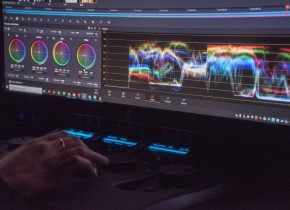 Commissioned by the Generali Foundation and Gottfried Bechtold