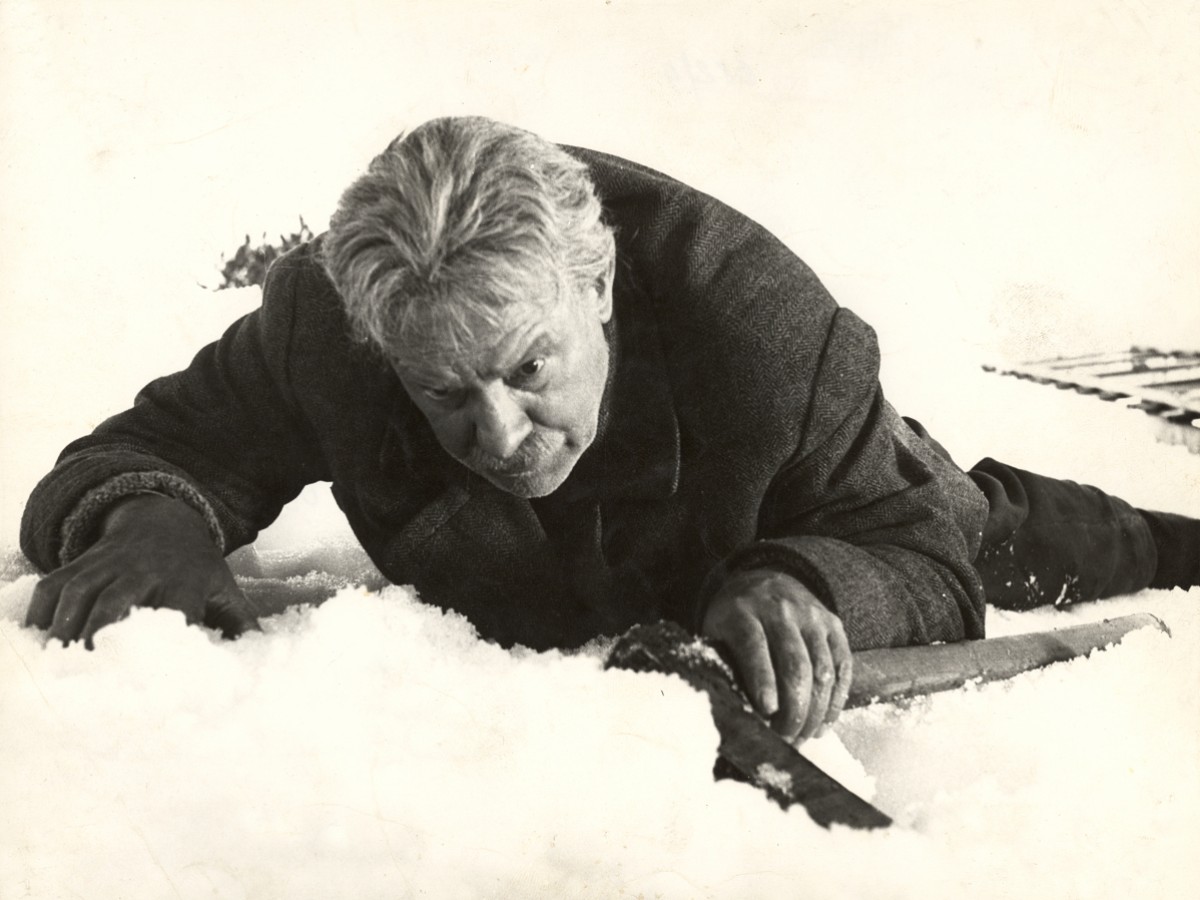 Often labeled as the Rossellini of Yugoslavian/Slovenian cinema, the prolific France Štiglic (1919-1993) devoted most of his forty-year-long career to depicting the struggles of Yugoslavian partisans and civilians under Nazi occupation. While always imbued with a deep sense of humanism and an overwhelming sense of responsibility in the face of history, his WW2 output ranges in style and genre, running the gamut from sweeping historical epics to intimate psychological dramas, even comedies. Balada o trobenti in oblaku is perhaps his most unusual and radical take on the partisan narrative and the ethics (i.e., necessity) of joining the resistance. The film is set on Christmas Eve in 1943. A death squad of Home Guards visits a remote mountain farm in search of the group of wounded partisans that are allegedly hiding somewhere high up in the snow-covered mountains. After the Nazi collaborators depart, the old farmer picks up an axe and follows the traitors, intent on stopping them before they find the helpless partisans. This minimalistic premise is explored in a darkly poetic, expressionist style that blends grim reality with even grimmer hallucinations, moving relentlessly onwards in the heavy rhythm of a death-march until its inevitable conclusion, which is, almost miraculously, both bleak and hopeful at the same time. (J.M.)