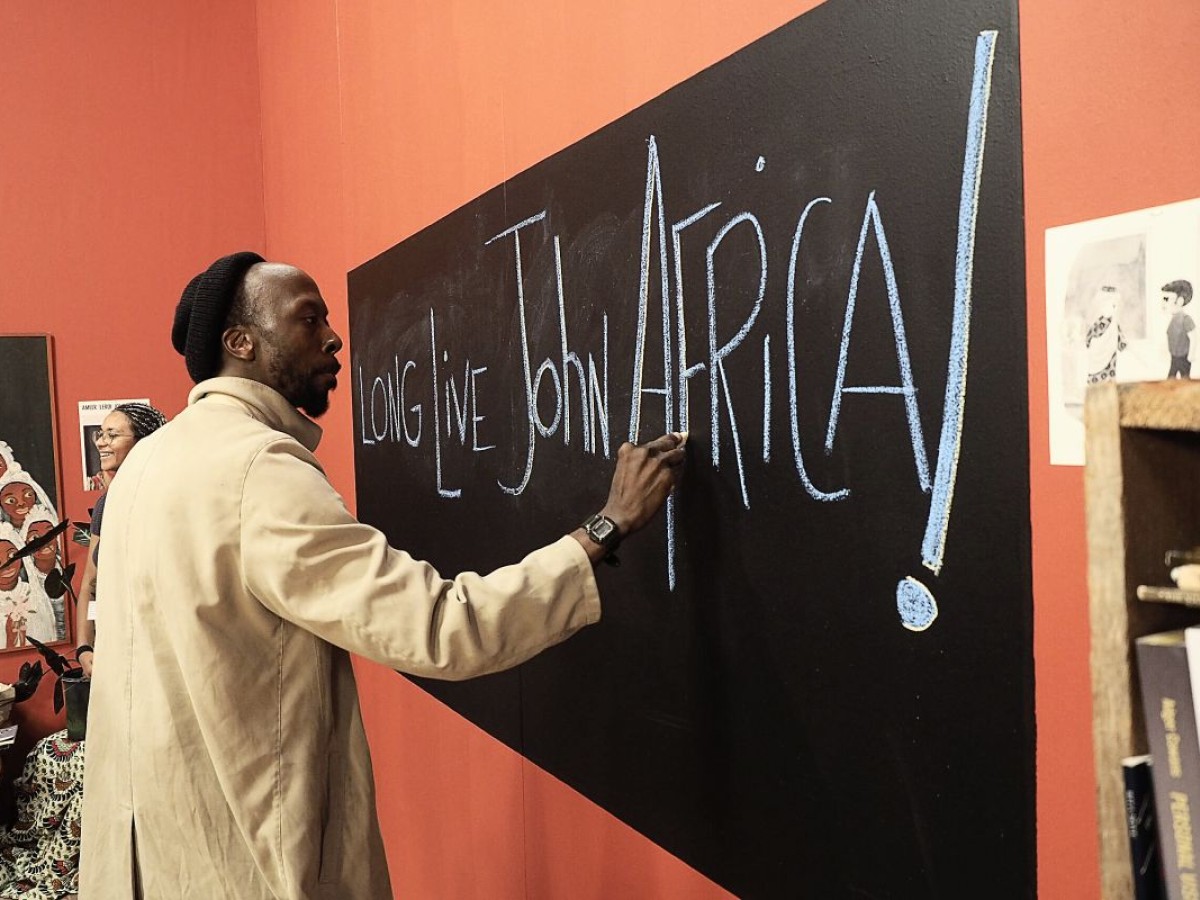 In these re-politicized times, it was inevitable that American cinema should take inspiration from the new Black consciousness of the 1960s, and from that era's European cinema of the Left. Ephraim Asili's The Inheritance is one of two recent films (the other is Vincent Meessen's JUST A MOVEMENT) which look back at Jean-Luc Godard's La Chinoise from a black perspective. In Asili's film, Julian inherits his grandmother's house in West Philadelphia. As he explores a legacy of thought encapsulated in a trunkful of books and records, the place expands into a black socialist collective – recalling Move, the organization bombed in 1985 by Philadelphia police. As Eric, his girlfriend Gwen, and a houseful of activists, artists and musicians – plus an argumentative friend (Chris Jarell) – negotiate space and new ways of living and thinking, Asili's own camerawork and décor echo the primary colors of La Chinoise, while a patchwork of texts and images, some archival, evoke the thought of Audre Lorde, Julius Nyerere, US politician Shirley Chisholm, and contemporary poet Ursula Rucker, who appears as herself. A vivid, confrontational echo box of text, music, and polemic. (Jonathan Romney)

With Ephraim Asili in attendance

Mo 25.10.2021 18:30download iCal
No reservations accepted for screenings from October 21 to 31, special ticket regulations apply during the Viennale. Tickets are available exclusively at the Viennale box offices, via telephone at 01/526 594 769 or via www.viennale.at.
Share on