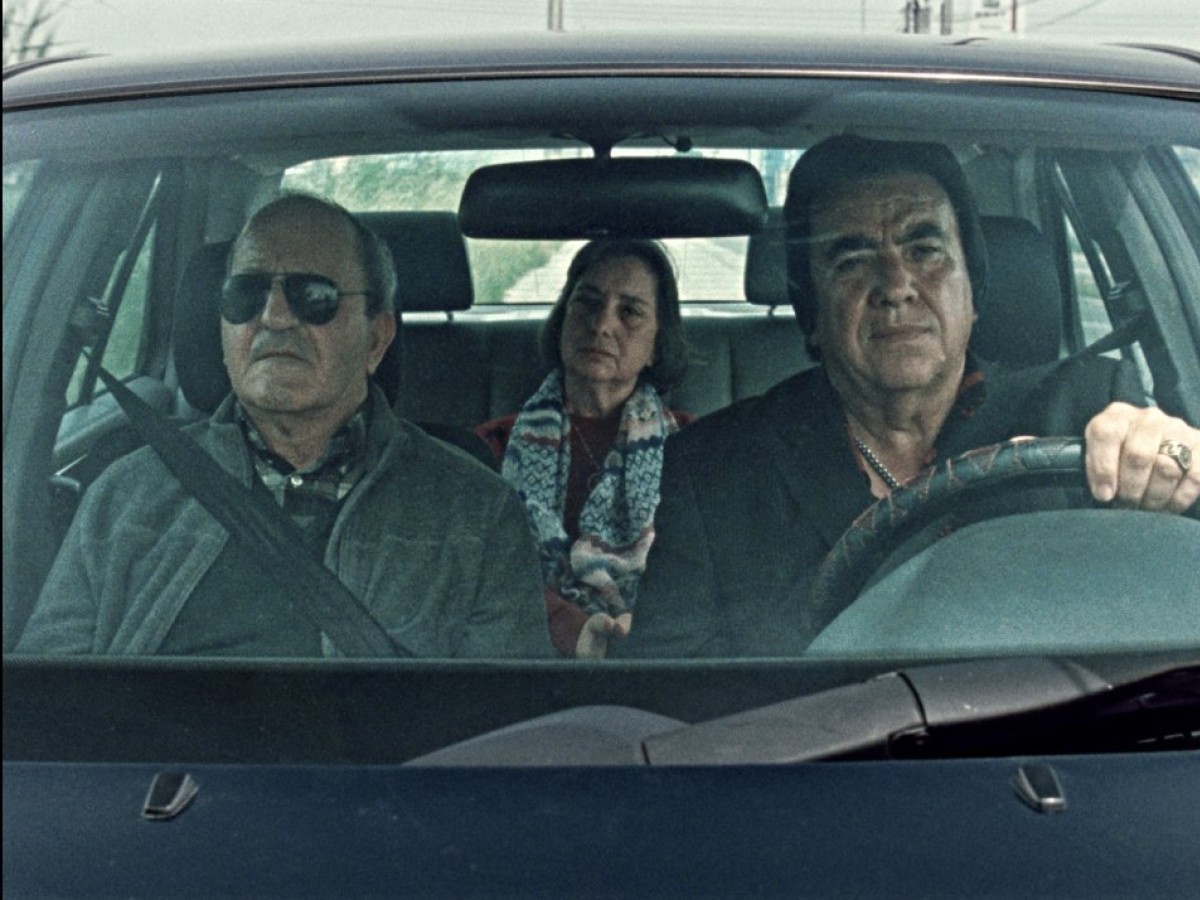 No táxi do Jack (Jack's Ride)

There's nothing extraordinary about Joaquim's story at first glance, there are others like him across Portugal, men in their early sixties for whom jobs no longer exist, forced to visit company after company without vacancies to get their unemployment benefit. But Joaquim is no ordinary man, his quiff is immaculate, his dress sense inspired by Elvis, his kindness a given, the sign in his car says elegance, and it's not wrong. The motionless factories, emptied-out industrial sites, and verdant landscapes he passes by on his travels glow in the sunshine and on the 16mm film stock used to capture them, a present that continually calls the past to mind. Joaquim's recollections do exactly the same, whether in voiceover or when brought to dramatic life, although the setting they conjure up is a different one: his time as a limousine driver in New York City in the 1970s, life as an immigrant, another precarious employment situation, some things don't change. This gentle road movie takes an ever-winding path, back and forth, here to there, mapping Portugal onto Manhattan, or was it the other way around? (James Lattimer)

Mi 27.10.2021 18:30download iCal
No reservations accepted for screenings from October 21 to 31, special ticket regulations apply during the Viennale. Tickets are available exclusively at the Viennale box offices, via telephone at 01/526 594 769 or via www.viennale.at.
Share on