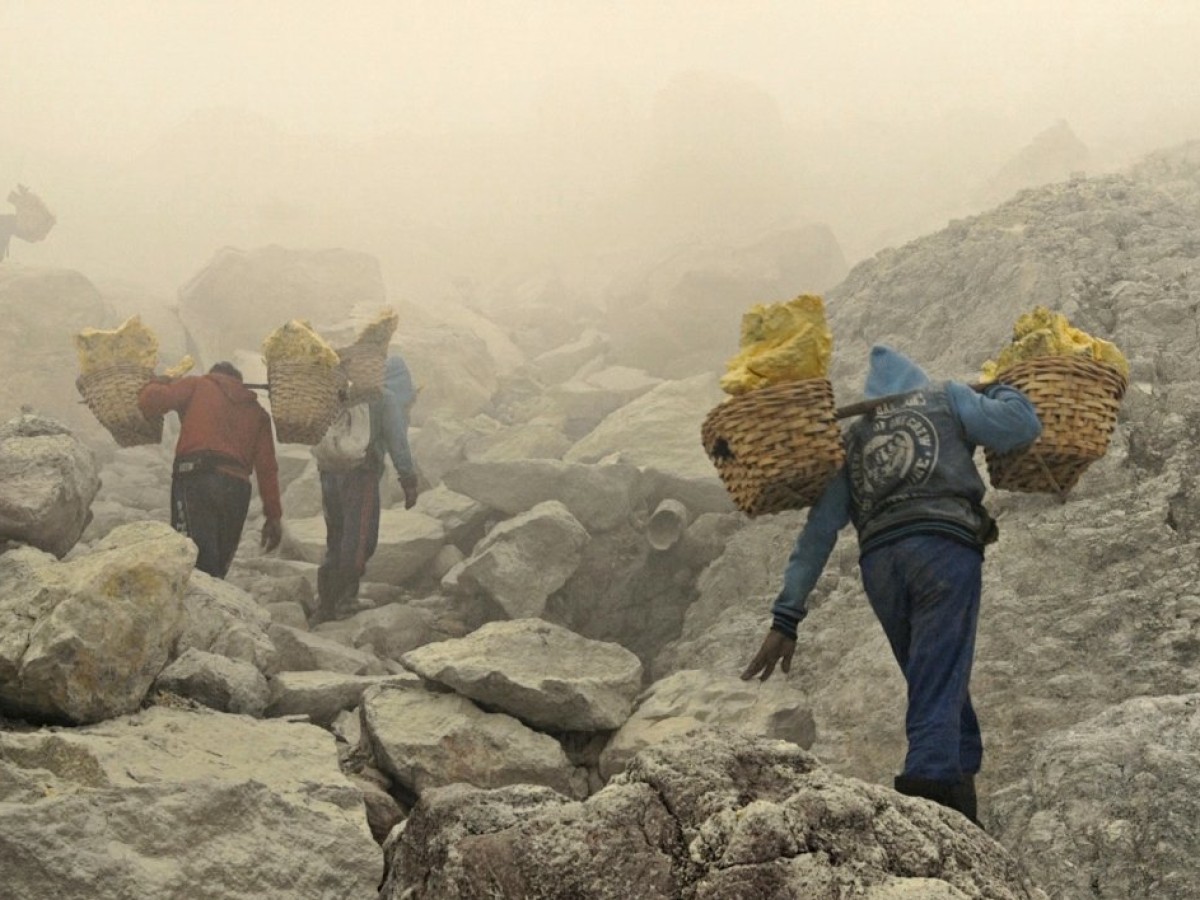 This film starts with a farewell. On the Indonesian island of Java, a sulfur miner is left by his wife without explanation. Shortly afterwards, his mother dies. A naturopath is unable to help. Spanish newcomer director Alvaro Gurrea probes this story of calamities in three different variations: with an animistic, Islamic and capitalist frame. The central question stays the same, one of faith: how to deal with loss and to change your destiny. Gurrea, who lived in Indonesia for some years, provided his actors with a basic script, although they speak the Osing language, which he does not understand. Given the cultural difference between the filmmaker and this environment and Gurrea's reflection on this difference, Mbah jhiwo feels like it develops a life of its own. Deeply rooted in nature, from the wafts of mist from the sulfur mine and the crystal clear waters of a rainforest creek, the plot moves on to the consultation in a mosque and finally to the interiors and computer screens of urban life. The imagery changes, the doctors change, living standards change, yet nothing has any impact on the outcome of the story. So the truth behind all of this may be: Relief must be expected somewhere else. (Gunnar Landsgesell)

Sa 30.10.2021 13:30download iCal
No reservations accepted for screenings from October 21 to 31, special ticket regulations apply during the Viennale. Tickets are available exclusively at the Viennale box offices, via telephone at 01/526 594 769 or via www.viennale.at.
Share on