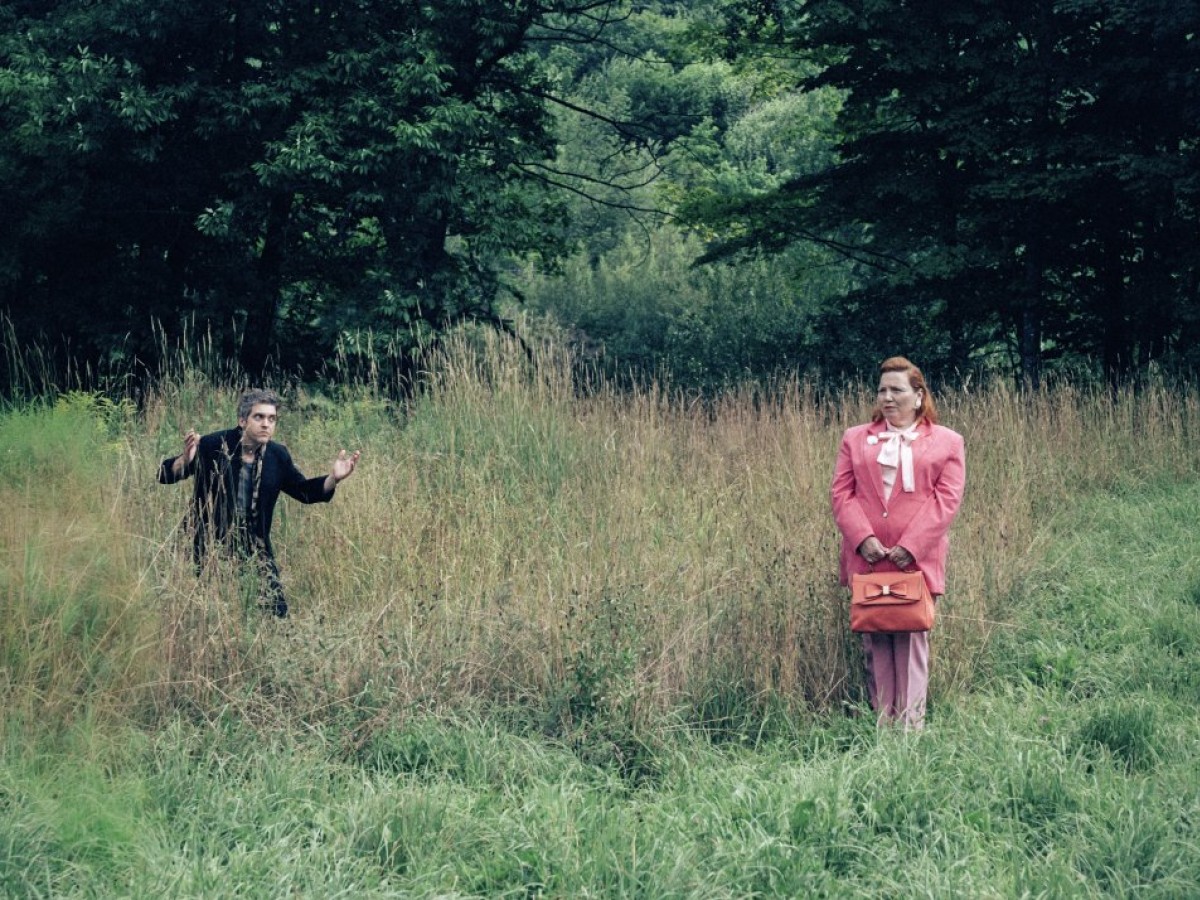 The cinema of Denis Côté has always been a legitimate rarity, and this mysterious Straubian comedy filmed during the pandemic is not only not an exception, but the very confirmation of the singularity of his cinema. Thief, screenwriter, lover, and husband, Antonin – who almost always sleeps in his Volkswagen and only believes in his own counsel with respect to the enigmas of the world – maintains various conversations with his sister, his lover, his wife, a State bureaucrat, and a cinephile female student of theology, the latter of whom the victim of his robberies. The dialogues are as amusing as they are philosophically thought-provoking, and so are the acting and the mise en scène, which privileges the natural scenery, thus accentuating the anti-naturalism of all the scenes by way of contrast. The physical (not social) distance between the characters is an ironic and extra-diegetic marking that imparts additional tensions onto the absurd world of this tale with respect to the other – no less absurd – world that we inhabit, which is much less friendly and humorous than the ridiculous cosmos of Antoine, Solveig, Cassiopée, and company. The fixed long shots barely allow us to recognize the faces of the actors, until Côté decides to lavish a low angle close-up upon each one of his actors at the end of the film. (Roger Koza)

So 31.10.2021 13:30download iCal
No reservations accepted for screenings from October 21 to 31, special ticket regulations apply during the Viennale. Tickets are available exclusively at the Viennale box offices, via telephone at 01/526 594 769 or via www.viennale.at.
Share on