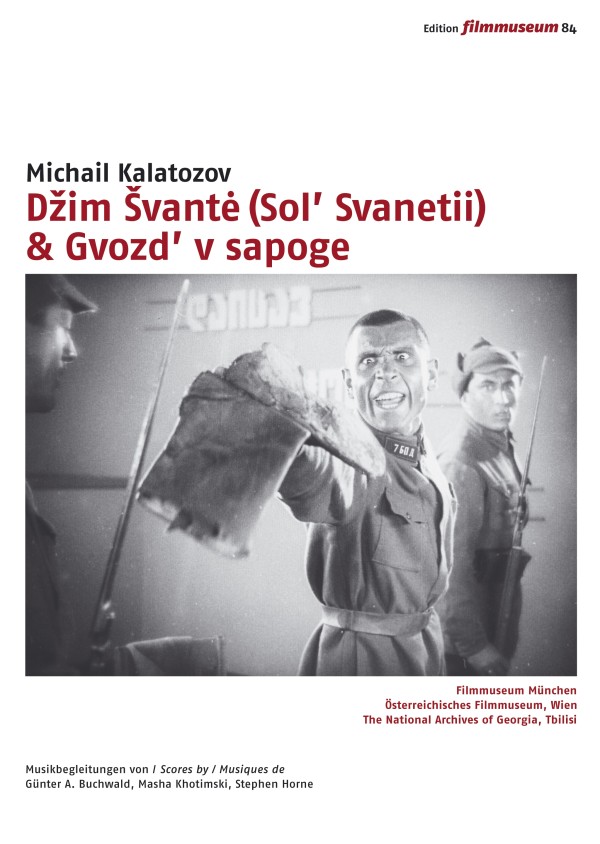 Salt for Svanetia | Nail in the Boot

The Georgian-born filmmaker Michail Kalatozov (1903-1973) is best remembered for directing some of the most innovative and successful Soviet films of the 1950s and 1960s. This DVD presents digitally restored versions of two of his lesser-known, early works, which were highly controversial in their time but now rank among the finest achievements in Soviet silent cinema. Salt for Svanetia is an austere depiction of peasant life in the inhospitable terrain of the Caucasus Mountains. Nail in the Boot, a biting parable of wartime irresponsibility, chillingly prefigures the later Stalinist purge trials. Günter Buchwald's and Stephen Horne's prize-winning scores and the experimental accompaniment by Masha Khotimski underline the poetic and expressive visual style of these exceptional masterpieces.

The DVD won the award for Best DVD 2013/2014 at the Cinema Ritrovato Film Festival in Bologna.

16 page bilingual booklet with essays by Sergej Kapterev and Alexander Schwarz (some parts in English, some in German)