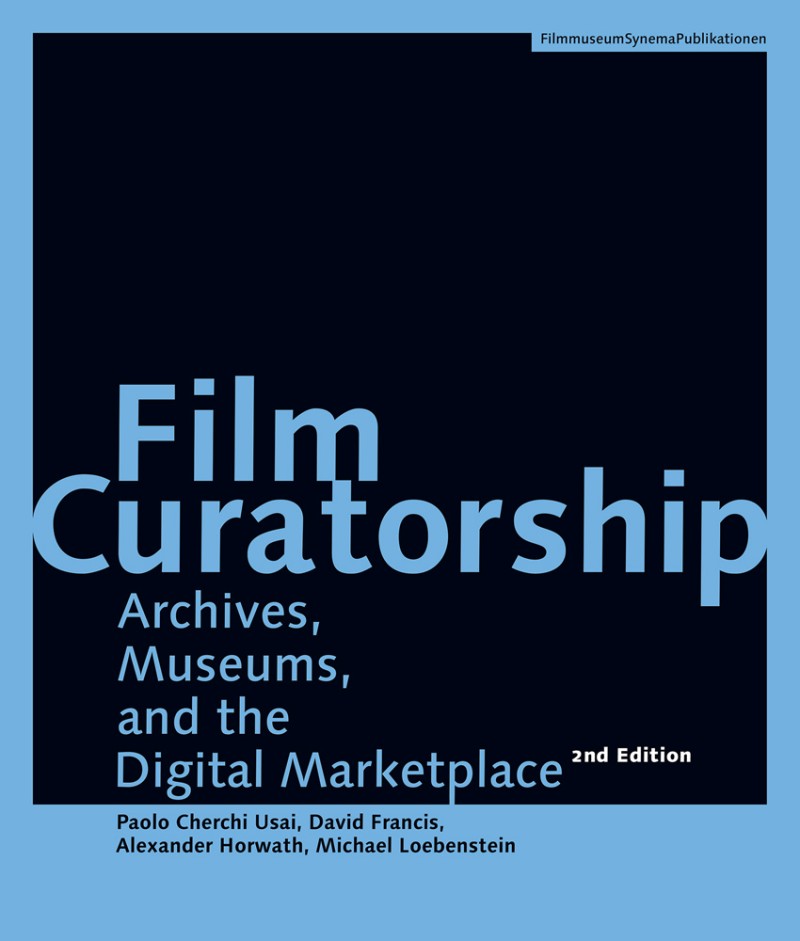 This volume deals with the rarely-discussed discipline of film curatorship and with the major issues and challenges that film museums and cinémathèques are bound to face in the digital age, at a time when there is an expectation of unlimited "access on demand." What is curatorship, and what does it imply in the context of film preservation and presentation? Is there a concept of "cinema event" that transcends the idea of film as "content" or "art" in the era of information?

Film Curatorship is an experiment: a collective text, a montage of dialogues, conversations, and exchanges among four professionals representing three generations of film archivists and curators – Paolo Cherchi Usai, David Francis, Alexander Horwath, and Michael Loebenstein. It calls for an open philosophical and ethical debate on fundamental questions the profession must come to terms with in the 21st century.

The first edition of this book was published in partnership with the Giornate del Cinema muto in Pordenone, Italy.

The second edition features a new preface by the authors.

"A fascinating examination of the nature of cinema itself" (Sight & Sound) --- "The volume on hand is actually about curatorship in the original sense: how people build up a collection of (art) objects and related materials, take care of the corpus created, and show parts of it in a way that makes sense of the objects and thus helps create further levels of enlightenment and meaning." (Cinema Scope) --- "The early 21st century has been a transitional and often embattled moment with regard to the ways cinema is collected, preserved, and exhibited, and the editors here have exhaustively and evocatively fleshed out the vicissitudes of celluloid's fortune in the ditigal age." (Film Comment) --- "A serious and well-conceived read for anyone interested in film culture and its evolution." (Senses of Cinema)
Film Curatorship – Archives, Museums, and the Digital Marketplace

Available at the Filmmuseum for the special price of Euro 16,-