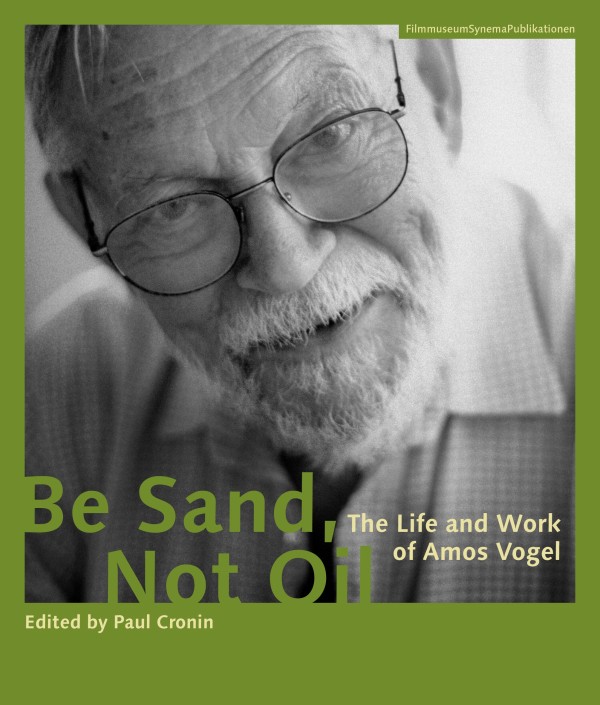 Be Sand, Not Oil

Amos Vogel was one of America's most innovative film historians and curators. An émigré from Austria who arrived in New York just before the Second World War, in 1947 he created Cinema 16, a pioneering film club aimed at audiences thirsty for work "that cannot be seen elsewhere," and in 1963 was instrumental in establishing the New York Film Festival. He later embarked on an ambitious teaching career, synthesizing decades of experience and directing his ideas towards students and, eventually, the wider public. In 1974 he published the culmination of his thoughts – along with an extraordinary collection of stills – in Film as a Subversive Art. On his death, the New York Times wrote that Vogel "exerted an influence on the history of film that few other non-filmmakers can claim." In the words of Martin Scorsese: "The man was a giant."

Be Sand, Not Oil is the first book about Vogel, and includes uncollected writings, an unpublished interview, and new essays documenting his never-ending quest for what Werner Herzog, his friend of many decades, has described as "adequate imagery."

"An indispensable study [...] If the book is invaluable for gathering together numerous never-before-collected or previously unpublished pieces by Vogel himself, the newly commissioned essays by various scholars are every bit as welcome." (filmcomment)

Be Sand, Not Oil. The Life and Work of Amos Vogel