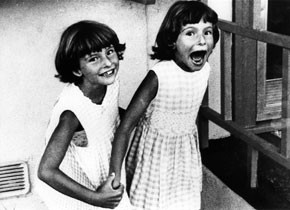 This year, the joint retrospective of the Viennale – Vienna International Film Festival and the Austrian Film Museum is dedicated to the essay film. The extensive programme was curated by the French filmmaker and theorist Jean-Pierre Gorin who lives and teaches in San Diego and whose own work – partly created in collaboration with Jean-Luc Godard – includes important contributions to the "essayistic strategy” in cinema. Gorin has selected 60 works from 20 nations – among them a number of classics of film history as well as numerous (re-)discoveries.Beyond the characteristic and often-quoted elements – such as the presence of the author’s voice and the first person singular perspective chosen by many of these films – the essay film according to Gorin "is a rumination in Nietzsche's sense of the word, the meandering of an intelligence that tries to multiply the entries and the exits into the material it has elected (or has been elected by).It is surplus, drifts, ruptures, ellipses, and double-backs. It is, in a word, thought, but because it is film it is thought that turns to emotion and back to thought. It flirts with genres (documentary; pamphlet; fiction; diary?) but never attaches itself to one. It flirts with a range of aesthetics but attaches itself to none. It is both in form and content, unruliness itself."The programme ranges from the work of canonical artists – Buñuel, Vertov, Welles, Godard, Rouch, Pasolini, Duras, Rocha, Kluge, Resnais, Oshima, Akerman, Moretti – to filmmakers whose unique and convincing voices have not yet reverberated strongly enough in film culture and in the writing of film history: Leo Hurwitz, Nicole Vedrès, Marta Rodríguez, Mohamad Malas, Edgardo Cozarinsky or Ralph Arlyck, to name only a few.And in between, we find the names of artists who over their entire careers have perhaps given the best description of what the essay in cinema could look like: Johan van der Keuken from The Netherlands; Guy Debord and Chris Marker in France; the Englishman Patrick Keiller; the exiled American Robert Kramer; or the German Peter Nestler who emigrated to Sweden in the late 1960s.The are all "termite artists" – an honorary title which Gorin is borrowing from his friend, the legendary film critic Manny Farber: As opposed to the "White Elephants" among filmmakers, the termite artists "seem to have no ambitions toward gilt culture but are involved in a kind of squandering-beaverish endeavor that isn’t anywhere or for anything... The most inclusive description of [their] art is that, termite-like it feels its way through walls of particularization, with no sign that the artist has any object in mind other than eating away the immediate boundaries of his art and turning these boundaries into conditions of the next achievement.” (Farber)For Gorin, "the film essay might well be cinema’s last irreducible. You find it, arguably, at the origins of cinema with A Corner in Wheat, but a few years later Griffith laments the fact that cinema has turned away from filming ‘the rustle of the wind in the branches of the trees’. Twenty years and ten days that shook the world pass, and you see it triumphant in Vertov’s The Man with the Movie Camera.”After the period of Fascism and Stalinism it takes a while until the essayistic cinema regains its power; during the 1970s and 1980s, however, it turns into one of the most productive areas in European cinema. "As soon as you wonder if it is after all just an uber-western mode, it becomes Asian with Oshima’s The Man Who Left His Will on Film, Tahimik’s The Perfumed Nightmare or Weerasethakul’s Mysterious Object at Noon. And when you want to keep it there it bounces back to the Middle East or South America?”It is, finally, a political perspective which gives the essay film its unwavering strength: "However dire the circumstance, the essay remains alive in the margins, an Id that haunts cinema. It is never more alive than when the times are more repressive and the dominant aesthetics occupy more squarely the middle of the road. In short, it might just be a perfect time to think about it.” (Jean-Pierre Gorin)

The retrospective is accompanied by a catalogue which covers the selected works in-depth and includes an essay by Jean-Pierre Gorin.