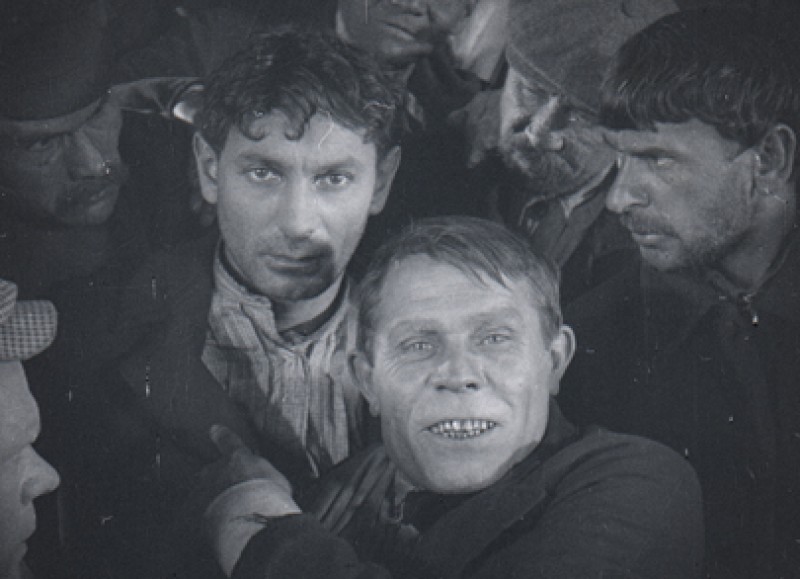 Fedor Ocep's film of Tolstoj's famous play is a prime example of the artistic heights that the silent film form achieved at the end of the 1920s. Manifesting the unique "East-meets-West" approach of its Soviet and German co-producers, the film fuses the classical cinematic melodrama with innovative Soviet montage techniques as it weaves a cautionary tale of suspicion, injustice and revenge in pre-revolutionary Russia.

A triumph of role reversal: Veteran screenwriter Ocep takes permanently to the director's chair following this film and begins a "transnational" career that would also include notable stints in France and Hollywood. Vsevolod Pudovkin, better known for being one of the most daring (and celebrated) Soviet filmmakers of all time, meanwhile stars in his only leading role.

The film's carefully premeditated international orientation ensured its world wide success following the Berlin premiere on February 14, 1929. It hardly seems surprising, therefore, that so many prints today survive in film archives around the world. Unfortunately they all bear little resemblance to the version seen at the premiere. The new restoration by the Austrian Film Museum, which began in 2011 and was completed at the start of 2012, comes closer to matching the premiere version than ever before. The result of this complex and challenging project was presented for the first time at the 62nd Berlin International Film Festival in the retrospective "Die rote Traumfabrik" (The Red Dream Factory).

The restoration drew on a combination of analogue and digital techniques and on the following elements:
- A duplicate negative, which the Deutsche Kinemathek had printed from a duplicate positive of the Danish release version for an earlier reconstruction effort in 1988, adding new German intertitles, remade in the same style as the originals
- A vintage nitrate print of exceptional quality containing German flash titles held by the Austrian Film Museum
- A nitrate release print intended for Swiss distribution containing bi-lingual (French/German) intertitles held by the Cinémathèque suisse
- An incomplete and badly damaged nitrate release print of a re-edited Italian version held by the Fondazione Cineteca Italiana