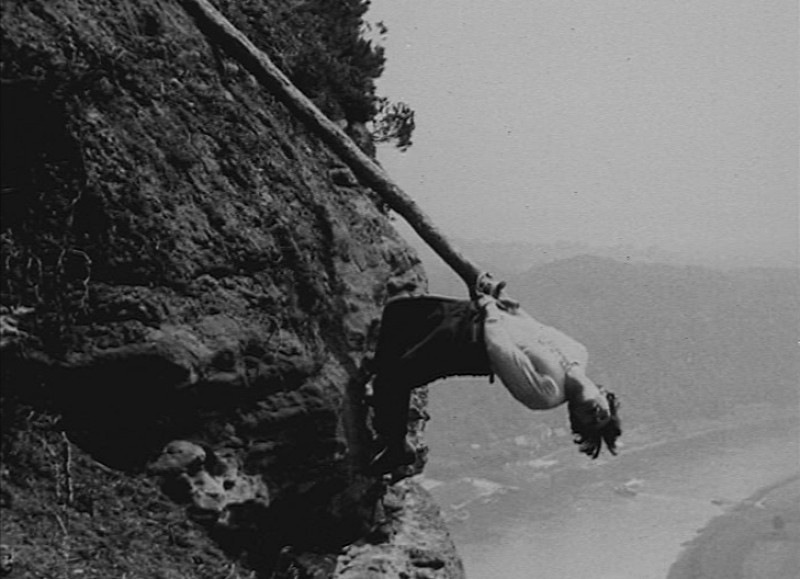 The following text was first published in the accompanying catalog to the 34th edition of the Giornate del Cinema Muto, Pordenone (Italy), October 3-11, 2015

1923 marked the beginning of Luciano Albertini's peak period. Already by this point he was a well established star in Germany, who, in addition to his film credits, had just been made the hero of a series of pulp novels published by genre-specialists Werner-Dietsch-Verlag in Leipzig (Carlo Aldini would be similarly honored the following year, with the publication of the first issue of Carlo Aldini, der tollkühne Abenteurer).

That same year, upon the invitation of Universal Pictures boss Carl Laemmle, Albertini ventured to Hollywood to star in the 15-part serial The Iron Man, directed by Jay Merchant. Although the subject of much hype (Picture Play Magazine even commented that Albertini already had plans to become a U.S. citizen!), Albertini's Hollywood career was short-lived. In March 1924, some three months before the first episode of The Iron Man had even reached cinema screens, the trade papers were announcing that Albertini was to return to Germany within the month, where he would star in four films to be produced by the company Phoebus-Film.

In a suitably grandiose gesture, Phoebus sent two airplanes to greet the returning star as he arrived in the port of Bremen aboard the S.S. George Washington. One of the planes was equipped with a film camera to capture footage of the ship from the air. In an event worthy of one of Albertini's own films, the plane carrying the camera crashed upon landing (thankfully there were no casualties).

Phoebus subsequently incorporated the footage into the one-reel publicity film Die Ankunft Luciano Albertinis in Deutschland (Luciano Albertini's Arrival in Germany), which was passed by the Berlin film censor's office on 25 March 1924. Today the film is believed to be lost.

Mister Radio was the first of the four films Albertini made for Phoebus after returning to Germany in 1924. The title and storyline both capitalized on the radio craze that was then sweeping the world. Albertini plays Gaston de Montfort, an inventor living a life of seclusion in the mountains, whom the locals have nicknamed "Mister Radio" because of his cutting-edge work with radio waves. Gaston's hermetic lifestyle has been forced upon him by his mother to shield her son from the truth surrounding his father's death. The arrival of banker Joe Swalzen brings Gaston back into contact with civilization – and with his father's past.

The shortcomings of Ernest Bouthley's somewhat simplistic screenplay are more than outweighed by the film's breathtaking action scenes, which rank among some of the most spectacular of any Albertini film. One highlight is De Montfort's live demonstration (with himself as guinea pig) of his latest invention, which uses radio waves to prevent train collisions. The picturesque landscape of the Elbe Sandstone Mountains in south-eastern Germany, beautifully photographed by Willy Großstück and Albertini's regular cameraman Eduardo Lamberti, provide the ideal backdrop for the film's set-pieces.

The single known surviving nitrate print of Mister Radio is preserved by the Austrian Film Museum as part of a collection acquired from the Tyrolean distributor Waldmüllers Alpenländische Filmzentrale in Innsbruck. While the print is missing some 200 meters of footage, the narrative, although "choppy" at times, remains largely intact. The new preservation print, receiving its premiere screening at the Giornate, reproduces the color tints and tones of the nitrate original, which serve to enhance Albertini’s superhuman feats and the natural splendor of the landscapes.