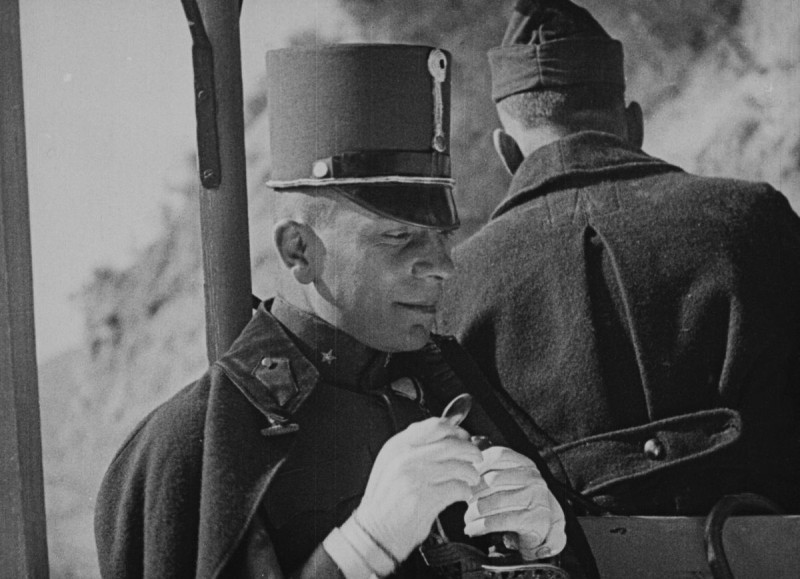 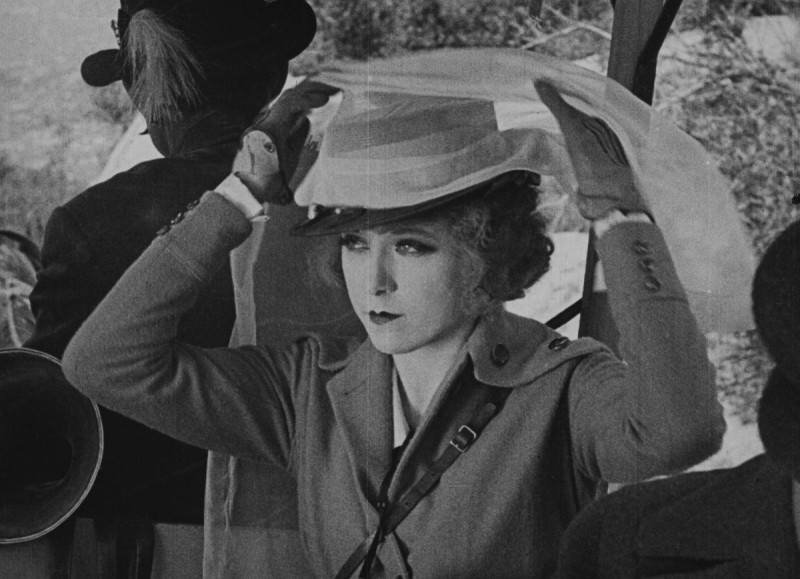 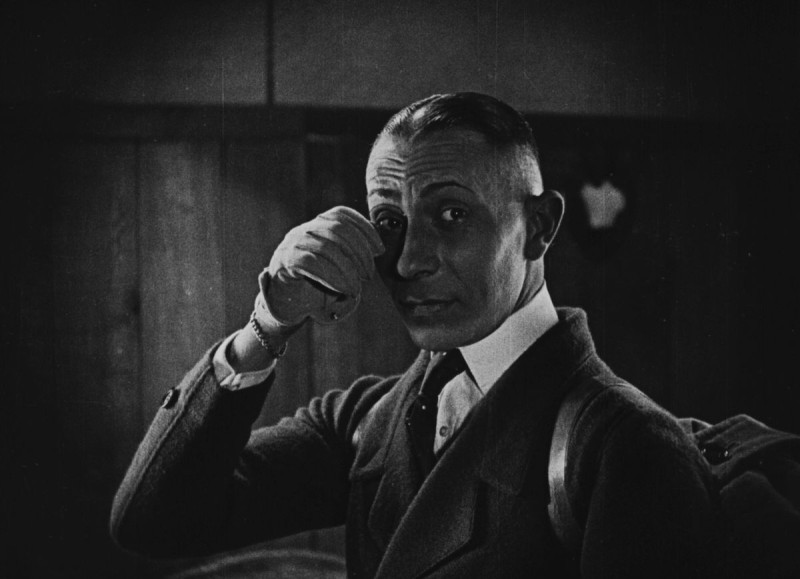 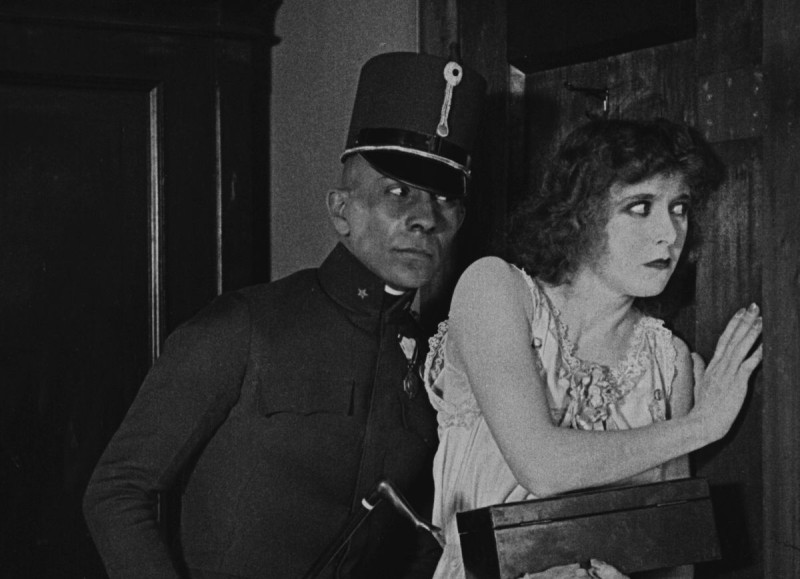 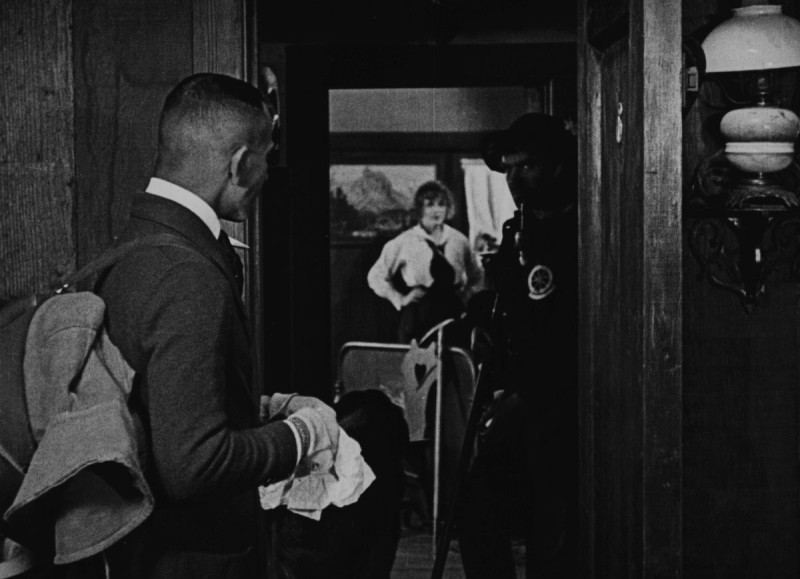 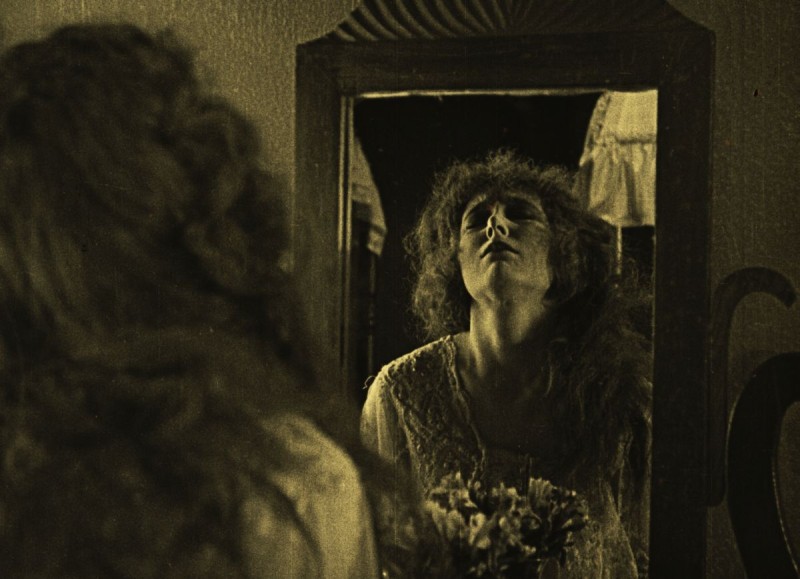 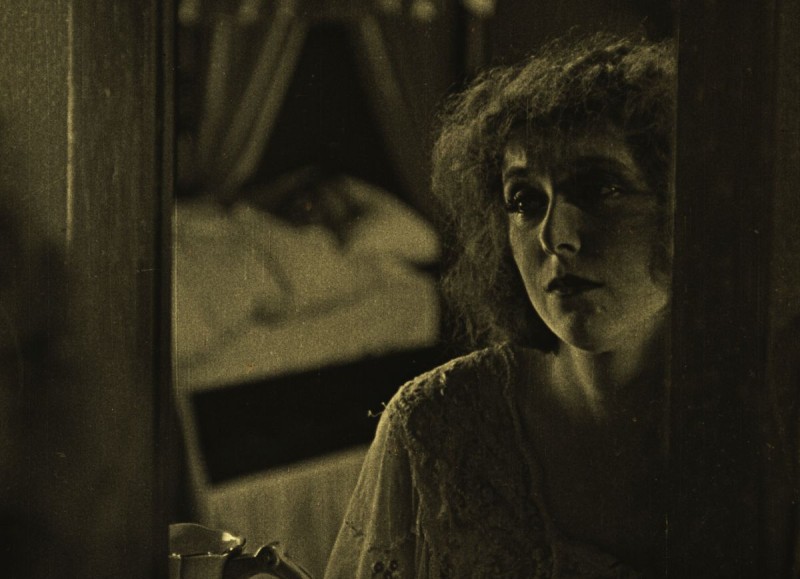 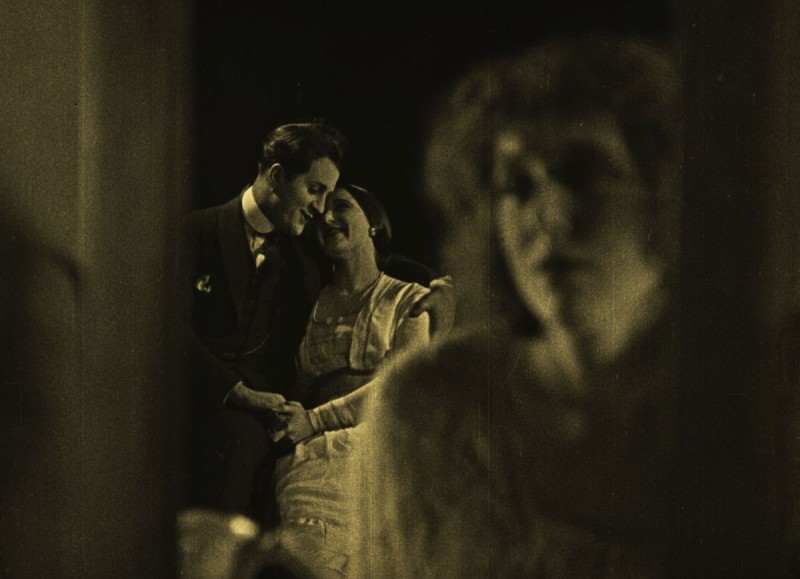 In 1982, the Austrian Film Museum received a 35mm positive print of Blind Husbands with the German-language distribution title "Blinde Ehemänner (Die Rache der Berge)" from the descendants of a cinema owner. This nitrocellulose print was released to Austrian theaters by the American Film Company in 1921, two years after its theatrical release in the United States. As is customary in a film collection, each object newly accessioned to the collection is inspected, measured, and compared to the previously known version of the same film. This was the case with Blind Husbands, which was compared to the already known American version which can be traced back to the Museum of Modern Art.

The American version measures 1883 meters, the Austrian version 2045 meters: A difference of 7 minutes! A detailed comparison, shot by shot, shows exactly where the differences lie: although the editing and plot of the film are largely identical, there are differences in the length of each individual shot. In the American version, almost every scene is a little shorter than in the Austrian version. In addition, 41 shots are only included in the Austrian version. This is because Blind Husbands was rereleased in 1924 in a more "streamlined" version in terms of editing. The comparison confirms the assumption that all surviving versions of the film today derive from this shortened version – but the Austrian version seems to be closer to the original 1919 version. It appears that the version preserved in the Film Museum is the oldest and most complete in the world, for the original negative of the film was first shortened by Universal, then destroyed in the 1940s.

The original screenplay and continuity script of Blind Husbands were found in the archives of Universal Studios through the mediation of Stroheim historian Richard Koszarski and with the help of archivist Janice Simpson. These documents are valuable because they allow for a more accurate comparison between the two sources and the original version. The continuity script indicates the scenes that were removed, but also the length of each act and the color specification (tinting and toning remarks) for the various scenes.

The desire arose to do a restoration and reconstruction that would match the original 1919 version as shown in the continuity script. The main source for the restoration was the nitrate print from the Austrian Film Museum. The original titles from the American version were used instead of the German-language intertitles that the Austrian distributor had inserted.

For the restoration, both elements were digitized in high resolution (4K) by ARRI Munich and Listo Media in Vienna. The 1921 Austrian nitrate print, after spending decades in an attic in Burgenland, southern Austria, is in fragile condition, showing the first signs of decomposition which in some places have already slightly compromised image quality. This meant that extensive manual restoration of the material was required before scanning. The positive print from the Museum of Modern Art collection is also in poor condition: the material on acetate cellulose is in an advanced stage of acetate decomposition. Therefore the duplicate negative was used for scanning the titles and some shots missing from the Austrian version. Afterwards, the scans of both elements were digitally processed and the image was stabilized and restored. Two short intertitles not preserved in the MoMA version were digitally recreated and inserted based on the production documents. 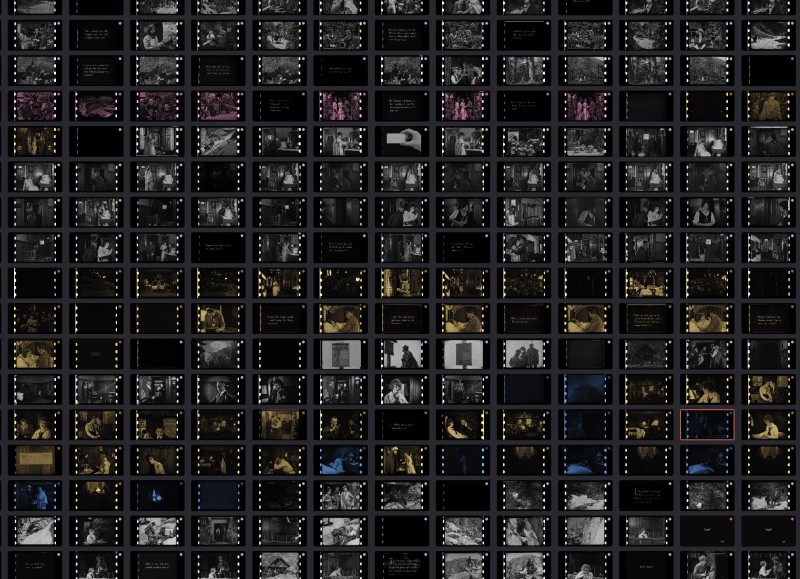 The final step in the restoration was to restore the colors. Since the continuity script contains information on the original color scheme, it can be assumed that Blind Husbands contained colors through tinting and toning during its premiere. For the restoration of Stroheim's Foolish Wives, colleagues at the Museum of Modern Art had already researched the color scheme Stroheim used in his films and the color schemes of other Universal productions from the same period. The color scheme of Blind Husbands, in which amber was used for the evening scenes, blue for the night scenes, and black and white for the day scenes, corresponds to the usual color scheme for the most part. Since the colors support the dramaturgy and give the film a certain rhythm, it was decided to restore the colors. Since the original colors are not preserved in either the Austrian or American versions, they were digitally reconstructed.

A digital version of the historical print preserved at the Austrian Film Museum was released on DVD in 2006 (with a musical score by Günter A. Buchwald). The 2021 restoration differs from this DVD release as the image has now been restored, English intertitles added and the original tinting and toning digitally reconstructed.
< Back
Share on