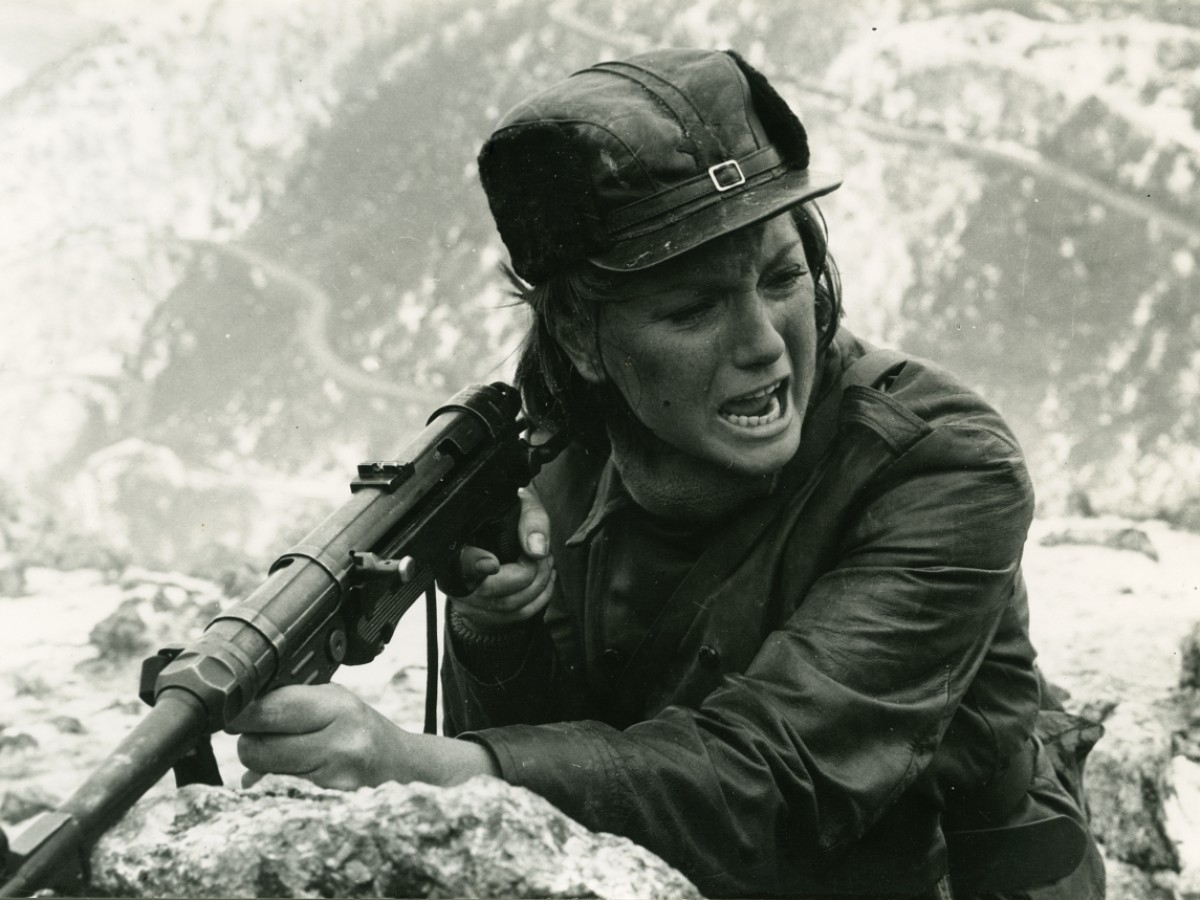 One of the most famous, enduringly popular, and certainly most expensive of all Yugoslavian partisan films, this grandiose cinematic restaging of the largest Axis offensive against Yugoslav partisans creates a spectacular legend not out of a similarly spectacular victory or defeat, but out of exceedingly simple acts of military trickery and solidarity. In late 1942, Hitler issued a direct order to crush the partisan resistance in occupied Yugoslavia. In the hills and forests of Bosnia, eighteen German and Italian elite divisions, assisted by both ultranationalist Chetniks and Ustashe traitors and comprising some 150,000 soldiers in total, descended upon 20,000 partisans, a quarter of whom already wounded from previous battles and in the grip of typhus fever. In the ensuing "Battle for the Wounded" the partisans under the direct command of Marshal Josip Broz Tito lost over 10,000 men, but managed to save all the wounded thanks to Tito's cunning maneuvering. 25 years after overseeing the actual battle, Tito, now Chairman of Yugoslavia, undertook the mission of supervising the making of the film depicting the battle. He personally approved the vast budget, instructed the Yugoslav People's Army to assist the production, selected veteran director Veljko Bulajić, who had already proved he could handle massive spectacles (Kozara), and used his personal reputation to secure stellar foreign talent. The end result is not only one of the finest war spectacles ever made, but above all a loud, elaborate, and effective vehicle for that guiding principle of Yugoslavian ideology: brotherhood and unity. (J.M.)