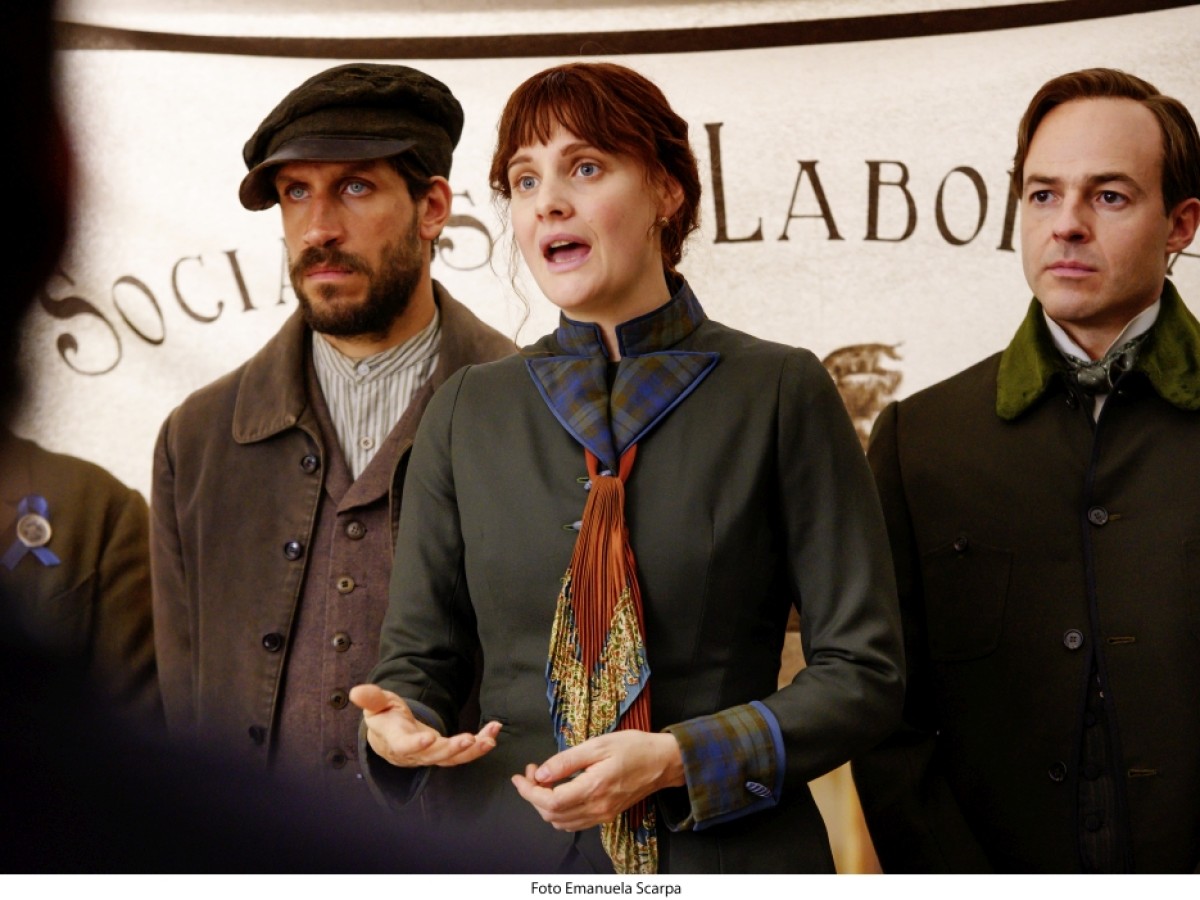 Miss Marx depicts the life and battles of Eleanor "Tussy" Marx, a prominent figure in the socialist scene of the 19th century and the youngest of the Karl Marx's daughters. After dedicating her youth to her father's work, Eleanor's life was defined by a relentless engagement with the plight of the working class. Captivated by the love for her father as well as for her partner, Eleanor's whole existence was conducted in the name of freedom and selfdetermination. Miss Marx offers an intimate look at a woman who chooses to live out her entire life in contrast to the gray hypocrisy of the bourgeoisie. Thanks to director's gaze and the impressive work of lead actress Romola Garai, Eleanor transcends her time to become an archetype of the modern woman, constantly battling for public recognition and personal freedom. After the blazing success of Nico, 1988, Susanna Nicchiarelli further explores and expands the boundaries of biographic films. With a mashed-up style and featuring an astonishing punk rock soundtrack, Miss Marx sketches out a portrait whose force embraces a century and more of struggles for emancipation and dignity. (Rebecca Depas)

Ad una mela: The Viennale'20 trailer is directed by Alice Rohrwacher, undoubtedly one of the most original voices in contemporary cinema, who already opened the festival in 2018 with Lazzaro felice. Shot in Bolsena, the beloved landscape where the filmmaker lives and works, Ad una mela is a gem of pure cinema, a game of shadows played in a backyard by a young girl and an apple. The work of Alice Rohrwacher is born of lightness: a small number of ingredients combined to create an atmosphere of timeless magic. But this apparent lightness is soon revealed to be the fruit of a delicate craft. The shadow fools us and mocks the symbolism that linked together apples and girls for millennia. This reluctant female William Tell finally gives us a brave, defiant look and the imperfect beauty of a piano exercise lends the film the tempo of a spring afternoon. Finally, to frame these images, the sound of a poet's voice leave us wondering about innocence and beauty. Those small gestures, captured in mellow light, are a lesson in cinema, an elegy to its oneiric nature, and to its capacity to astonish with nothing but a simple shadow. (Rebecca Depas)

With Susanna Nicchiarelli and Alessio Lazzareschi in attendance