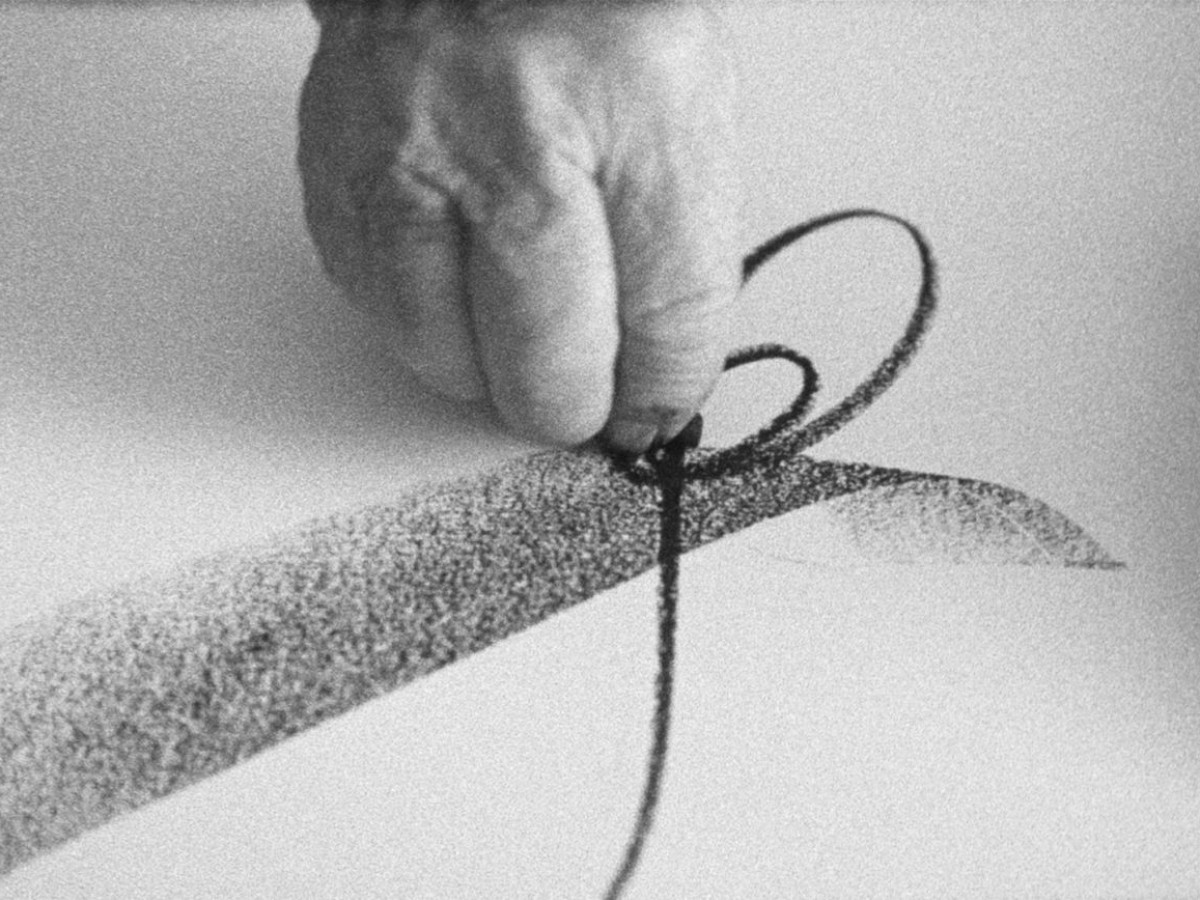 Patrick Luke Fowler. GB, 2020, 21 min. English
"To a man with a hammer everything looks like a nail", says Maurice Tani, early musical partner of the deceased San Francisco dance music pioneer Patrick Cowley, about his colleague's working methods. The same statement can be applied to Luke Fowler's impressionistic exploration of the musician's social, technical, and geographical milieus. Rooms, papers, records, instruments, voices; every nail helps to rebuild the house in which Cowley worked and gives a sense of his art, which still lingers in the spaces he once passed through. (Patrick Holzapfel)

Glimpses from a Visit to Orkney in Summer 1995 Ute Aurand. DE/GB, 2020, 5 min
Poet and filmmaker Margaret Tait was born on Orkney in 1918. 75 years later, Ute Aurand visited her on the island, the geographical and spiritual center of Tait's work, to watch some of her 16mm works and try to make a film together. The remains of their encounter add up to a beautiful rush of Bolex glimpses typical of Aurand's cinema. It’s a hymn to life and colors, nature and cinema. "The thing about poetry is you have to keep doing it", wrote Tait, and Aurand followed her. (Patrick Holzapfel)

Querida Chantal Nicolás Pereda. MX/ES, 2021, 5 min. Spanish with Englisch subtitles
Nicolás Pereda's cinematic letter to Chantal Akerman is an imaginative exploration of a living space which is not really inhabited, a non-place of possible life. The short is built around the deceased director's fictitious enquiry about renting a house. Pereda writes several letters to Akerman each dealing with banal necessities of renting, as the images of his sister cleaning the house as well as several digressions reflecting on art and cinema create a subtle echo of Akerman’s cinematic perception of being home and yet without it. It's sad to know there won't be any answer to this letter. (Patrick Holzapfel)

Sekundenarbeiten Christiana Perschon. AT, 2021, 14 min. German with English subtitles
Within the first three minutes, the arrangement of image to sound is made clear: the recorded voice of Lieselott Beschorner (born 1927) will be accompanied by a black screen, while the images of this artist at work in her studio will be rendered in silent black-and-white. Christiana Perschon continues her creative documentation of female artists (as in She Is the Other Gaze, 2018), with a sensitivity to gesture, texture, rhythm, materials. "The line unfolds into something particular," remarks Beschorner, and the same applies to the film's capturing and assembling of light, movement, and sound. (Adrian Martin)

Das Rad Friedl vom Gröller. AT, 2021, 3 min
In Maya Deren's At Land, each vision of a foot hitting the ground took us into a new space via the magic of montage. DAS RAD works a similar transformation through the motif of a child’s handstanding wheel motion. Silent and in grainy black and white, the film takes us, simply but mysteriously, into a world of childhood. The ghosts of romanticism linger in the shots of misty hills. As in von Gröller's Elite (V'20), the gestures of everyday life become dance-like, and the camera itself gets involved in the dizzy, wheeling motion. Normal perceptions are literally overturned. (Adrian Martin)

Renate Ute Aurand. DE, 2021, 6 min. German
"Daily life and fantasy, side by side, that is great", says Renate Sami, a filmmaker and political activist since the sixties. In a free floating stream of images, Aurand edits together 16mm footage of Sami that does not invoke the ghosts of the past but rather creates a joyful, flickering encounter with a vivid woman full of ideas. As Sami quotes a text from late lyricist Friederike Mayröcker's Stillleben about the displeasure of change, Aurand establishes a fairly ironic contrast to Sami, whose first film was about the iconic RAF-member Holger Meins, while her whole cinematic oeuvre revolves around questions of resistance and poetry. (Gunnar Landsgesell)

arrojalatierra Valentina Alvarado Matos. ES, 2021, 15 min. Spanish with English subtitles
If the heart is the muscle that never rests, the hands are not better off as the body's laborers. They touch, hold, pick, and create, they bring things into existence. This film explores the relationship between art and labor in the most tactile of enterprises. Matter is present both in front of and inside the camera. In front we have ceramics, collectively mixed, molded, and shaped. Inside we have film (celluloid) collecting the light that comes from the world around arrojalatierra. A film about making things that leave a trace in space and time. (Lucía Salas)

Fr 22.10.2021 16:00download iCal
No reservations accepted for screenings from October 21 to 31, special ticket regulations apply during the Viennale. Tickets are available exclusively at the Viennale box offices, via telephone at 01/526 594 769 or via www.viennale.at.
Share on