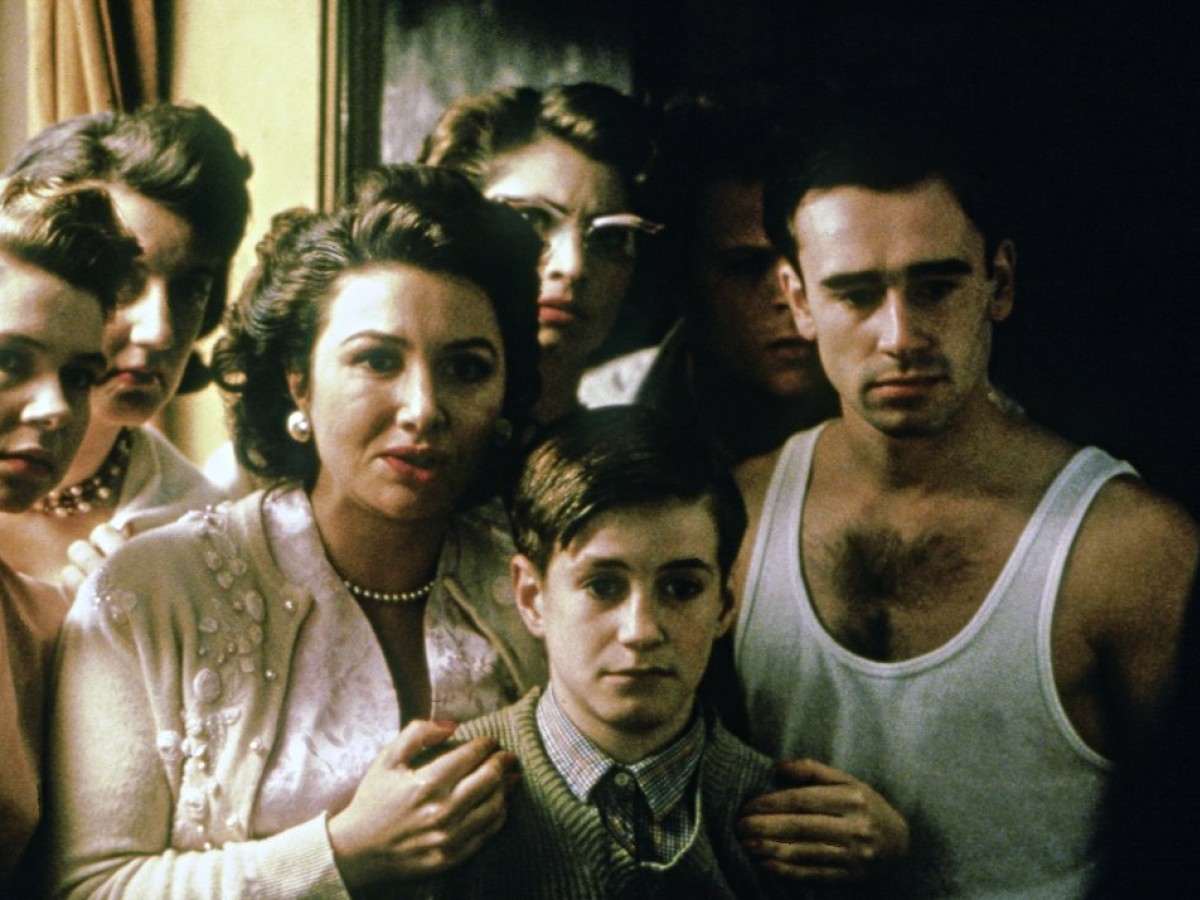 It is sometimes forgotten today that Terence Davies began as essentially an experimental, non-narrative artist, his projects supported by Channel 4 and the British Film Institute. The Long Day Closes is the culmination of this first period in his oeuvre, and it remains his most exquisite and most perfectly realized film. It is almost entirely plotless: no driving conflicts, no suspense or intrigue of any kind. Instead, it is presented as a stylized flow of everyday memories, revisiting the 1950s family childhood of Davies' alter ego, Bud (one-time-only actor Leigh McCormack, who radiates soulfulness). Fleeting visions of romance and sensuality, stoked by audio clips from classic Hollywood movies and by the angelic sound of British hymns, are counterposed to stark images of serial regimentation in school or at church. The contrast with Davies' previous Distant Voices, Still Lives is enormous: now that the inscrutable, violent patriarch is absent, the boy is free to imagine, to daydream, to slowly discover the inner world of music, cinema, and sexuality that will shape his adult life. Like John Boorman's Hope and Glory, it is a paean to feminine culture and its delicate but resilient influence. (Adrian Martin)

With Terence Davies in attendance

Mo 25.10.2021 13:30download iCal
No reservations accepted for screenings from October 21 to 31, special ticket regulations apply during the Viennale. Tickets are available exclusively at the Viennale box offices, via telephone at 01/526 594 769 or via www.viennale.at.
Share on