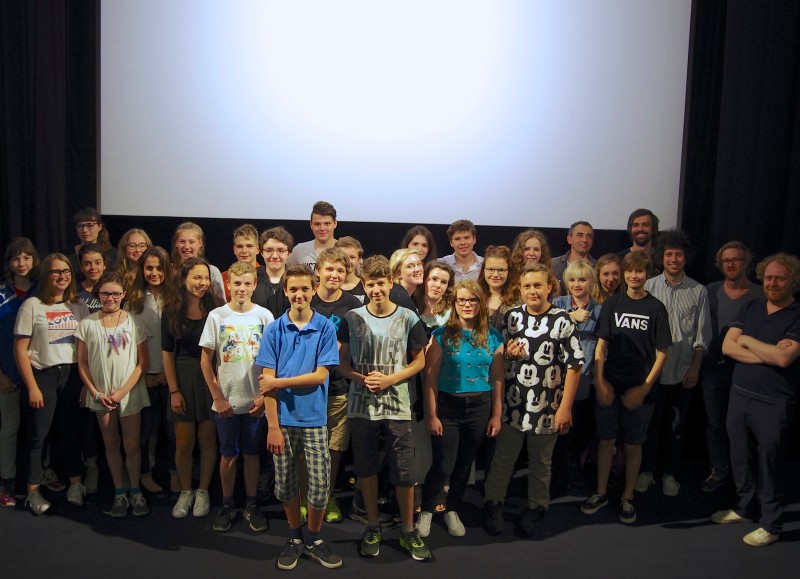 The "School of Seeing" doesn't start when one becomes an adult or enters university. We're already confronted with moving images in childhood. With its expanded education programme, the Film Museum wants to promote a nuanced approach to these images for children and young people.

Ever since the onset of a so-called "media society", teachers and their school classes have been expected to be "literate" and demonstrate proficiency in working with various old and new media. In recent years, film education as part of overall media education has become a key component of cultural and educational politics. Throughout Europe, initiatives are flourishing which integrate film into classroom education or which aim to lure classes into the cinema. As children and young adults are already confronted with forms of audio-visual entertainment at an early age, whether through cinema, television, computers or mobile phones, film is increasingly seen as the ideal medium for school education, with teachers using it as a bridge of communication to their pupils. The various attempts and proposals as to how this should be achieved differ widely. Teachers are often at loss as to how or what they should convey. What often gets left behind is a nuanced approach to a topic that has more to offer than just being a teaching aid.

The Austrian Film Museum sees film education as more than a mere invitation to watch movies, or as a thematic "cue" – and as more than a compilation of lists of relevant positions in film history or terms to describe a certain shot or montage strategy. Its focus is on conveying a multi-layered experience, posing the question: What is film – material, document, art form? Which forms of aesthetic experiences does it have to offer? How has it been interpreted in the past and how is it interpreted today? What are the historical, social and aesthetic contexts of the medium?

Since 2002 the Film Museum has been inviting children and teenagers between the ages of 5 and 18 to visit its screenings, lectures, close-up-programs and laboratories in the framework of the Cineschool series. The program has constantly been expanded over the years and now covers over 100 different programs in five formats.

The film seminar Summer School (Link in German!) which takes place once a year, is a four-day education program for teachers. Working from the opposite poles of "Film as Art" and "Film as Document", the formulation of questions, various methods of observation, and realms of experience are being explored, offering numerous tie-ins for use in classroom instruction.

The Film Museum is also offering a project for schools called Focus on Film (Link in German!). The program provides teachers with guidance by film experts, both Film Museum employees and external film educators, for the duration of one semester, and represents a flexible mode of that ranges from theory-based courses on the history of documentary film to hands-on classes where a 16mm film is shot, processed, edited and finally screened or where children curate a program of experimental films and present it at a film festival.

All these programmes are based on the understanding that a "School of Seeing" needs to begin long before one enters adulthood. The Film Museum offers the opportunity to become involved at an early age with the way moving images work – contemporary cinema as well as the films of the past. What we hope to convey to both teachers and pupils is the pleasure of a critical and playful approach to film and an understanding that to think about and discuss the 20th century without thinking about moving images is a paradox.