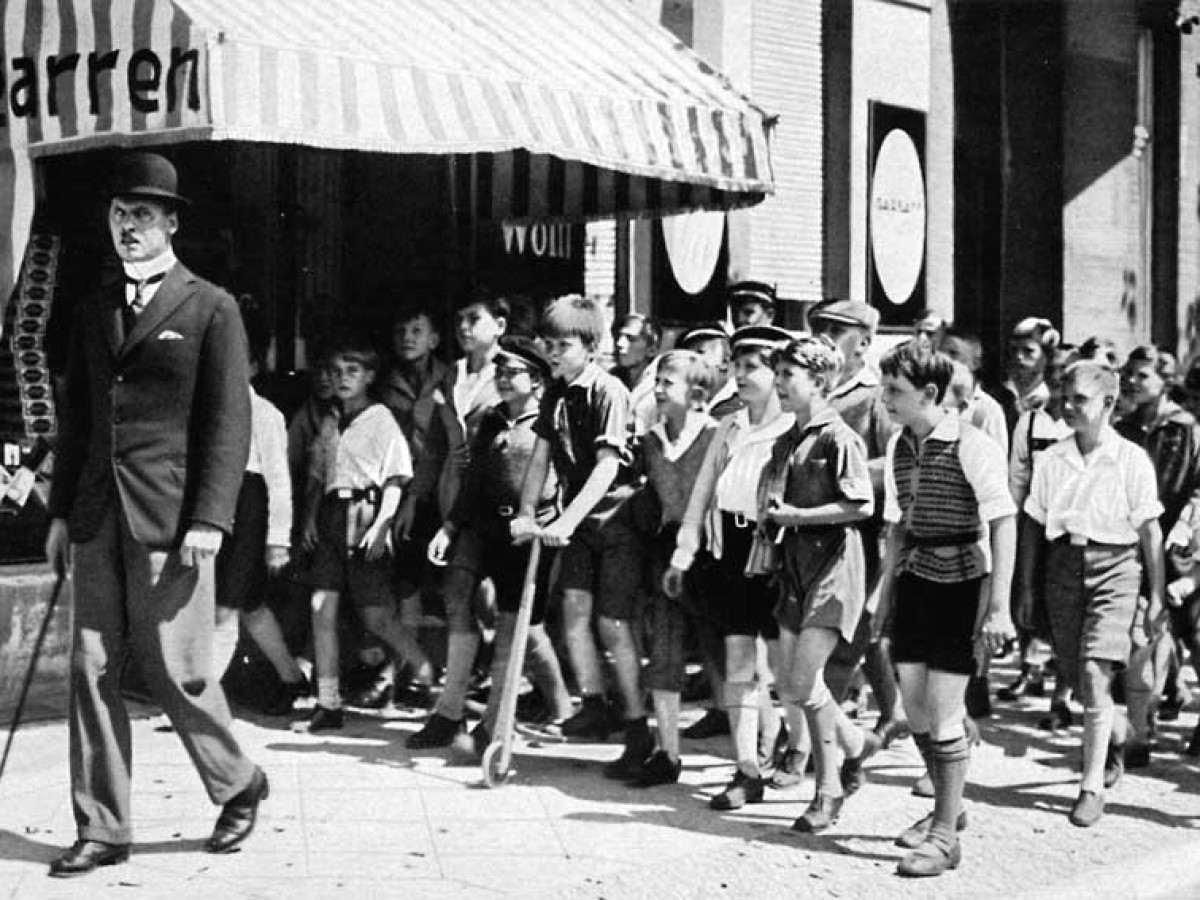 Age 6 to 9
On his way to Berlin Emil gets sedated and the money his mother asked him to give to his grandma is stolen. Alone in the big city Berlin the struggle against the villain seems pointless until he meets Gustav with the honking horn, Tuesday and a whole band of detectives. Joining forces they proof that solidarity and wit beats egoism and greed any day. With sincerity and empathy Gerhard Lamprecht translates Erich Kästner's children's literature classic in pictures that promise new adventures on every corner of the city.

The screening (D: Gerhard Lamprecht, 72 min) in original German language will be followed by a 60-minute analysis of chosen sequences.
Share on