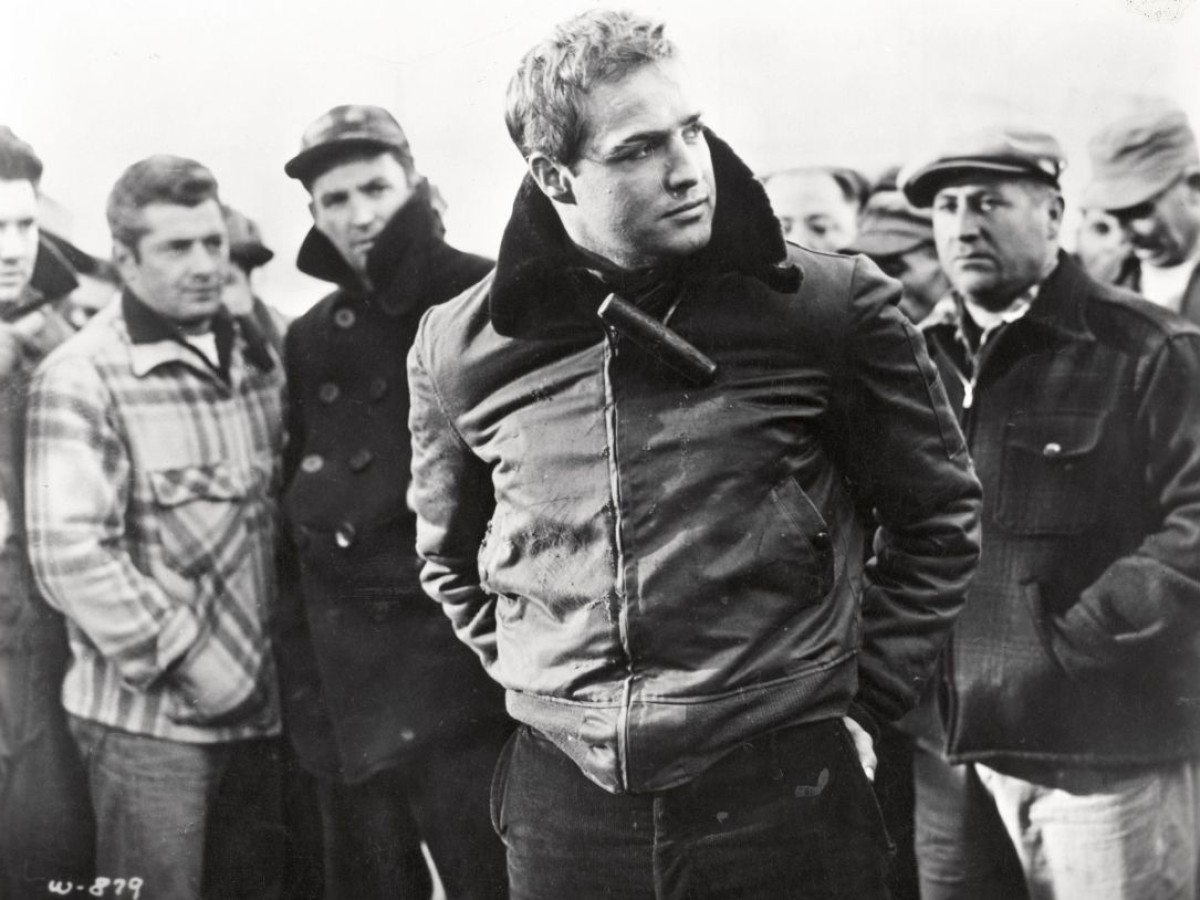 Age 15 plus
Marlon Brando is coming under pressure in this story of betrayal and solidarity among dock workers in Hoboken, New Jersey. Director Elia Kazan's mise-en-scene is showing the docks as a tight, oppressive space, his characters are often locked within the frame, surrounded by fences, the skyscrapers of Manhattan visible in the distance, but impossible to reach. The docks are run by a mafia-like union that decides who's getting work and who isn't. In an extraordinarily stoic performance Marlon Brando is fighting these structures while struggling with himself at the same time, torn between individuality, solidarity with the community and the tyranny of false leaders.

The screening (D: Elia Kazan, 104 min) in original language will be followed by a 60-minute analysis of chosen sequences.
Share on