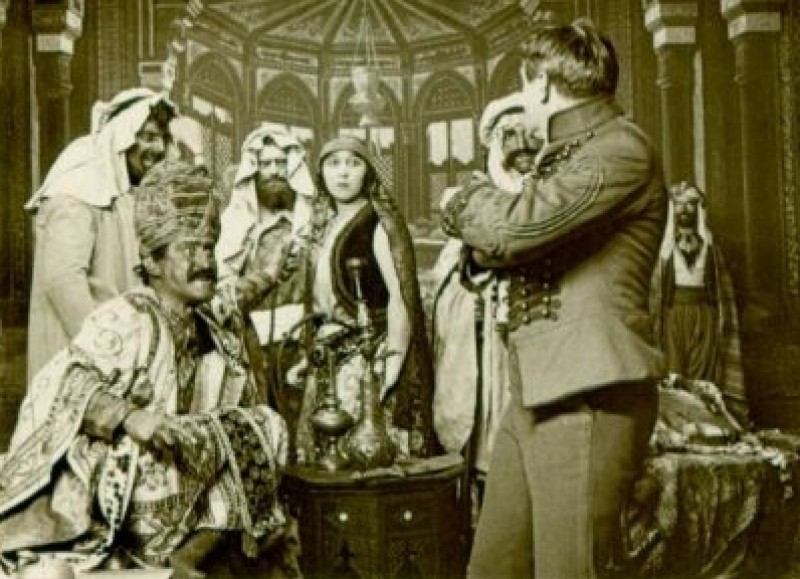 Ms. Edith Schlemmer, long-time film archivist of the Austrian Film Museum, received this fascinating collection in the 1960s as a donation from an anonymous collector and decided to make it available to the Film Museum for purposes of research and publication.
This little treasure is constituted by 2254 frames and fragments of films, mostly silent and mostly from the period between 1910 and 1920, many of which are believed lost. The frames came into the archive in 67 small envelopes – most of them self built with semi-transparent paper. Some envelopes reported imaginary descriptions or titles, like Griechen, containing ancient Roman or Greek subjects, or Wild West, referring to frames extracted from western movies. Other typological groups were entitled Kinderaufnahmen (a series of images of children) or Farbaufnahmen (mainly constituted by stencil-colored frames). Some frames were grouped with the name of a lead actor or actress. Finally, 10 envelopes carried the (approximate) Austrian distribution title of the film in question. More than 50% of the nitrate frames were preserved in envelopes without any data, in a system that, at a first analysis, could only be characterized as casual or chaotic.
In 2007, the Schlemmer Collection has been digitized and ordered, with the aim of identifying and cataloging the individual items as well as preserving the original order. At present, 35% of the collection have been identified. The process of research and identification is ongoing and will presumably continue for several years. As a parallel endeavour, a visual database of these beautiful images has been created and can be accessed online.
Although many film archives hold similar collections, this is the first time one of them has become an object of detailed study and research. The Austrian Film Museum makes these images accessible to the general public and offers everyone the chance to experience the wonderful colors and photography of early cinema. In establishing the Schlemmer Frame Collection as a historical resource for archivists and researchers, we also aim to further the debate on open archives and orphan collections.