Awards for the Austrian Film Museum

In 2014, the Austrian Film Museum was once again recipient of the Best DVD award at the Cinema Ritrovato festival, this time for Salt for Svanetia and Nail in the Boot by Michail Kalatozov. The DVD, jointly published together with the Munich Film Museum and the National Archives of Georgia, presents digitally restored versions of these lesser-known, early works by Kalatozov, which were highly controversial in their time but now rank among the finest achievements in Soviet silent cinema. Günter A. Buchwald's accompanying score for Salt for Svanetia and Stephen Horne's for Nail in the Boot had themselves been recipients (in 2011 and 2013 respectively) of the annual prize awarded by the Beethovenfest Bonn for the most outstanding musical performance during the Bonn Silent Film Festival.

The Austrian Film Museum's first DVD release, Enthusiasm, was awarded the prize for Best DVD 2005-2006 at the 3rd edition of the Cinema Ritrovato DVD Awards held during the annual Cinema Ritrovato film festival in Bologna. The international jury, comprising Peter von Bagh, Alain Bergala, Mark McElhatten, Paolo Mereghetti and Jonathan Rosenbaum, explained their decision thusly: "Our award for the best DVD goes to the very first DVD release of the Edition Filmmuseum: the first sound film of Dziga Vertov, Entuziazm. Containing two differently synchronized versions of this masterpiece as well as an extended lecture-demonstration by Peter Kubelka of the reasoning behind his resynching of sound and image, this is an interactive package in the best sense that invites viewers into the discussion of how one paticular restoration is arrived at."

In 2005, the Austrian government awarded the Film Museum the Honorary Prize at its annual Austrian Museum Awards. In their verdict, the jury emphasized that the Austrian Film Museum ranks among the best in the world in its field. They highlighted in particular the high standard of quality exhibited by the Film Museum in its presentation, programming and curatorial work.

The Austrian Film Museum's posters have frequently been distinguished with awards in Austria and abroad. Artist Gertie Fröhlich, designer of almost all of the Film Museum's posters from 1964 to the mid-1980s, has received numerous awards for her work e.g. from the Hollywood Reporter at its annual Key Art Awards or from the California Science Center (formerly the California Museum of Science and Industry). More recently, two of Gabi Adébisi-Schuster's poster designs for the Film Museum were awarded the City of Vienna's "Kulturplakatpreis." 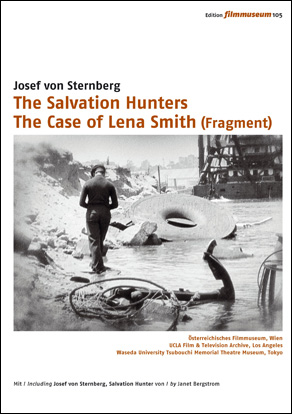 Salt for Svanetia / Nail in the Boot, Mikhail Kalatozov, Cover

Cultural Billboard Award by the City of Vienna (Ingmar Bergman, January 2004)
Share on