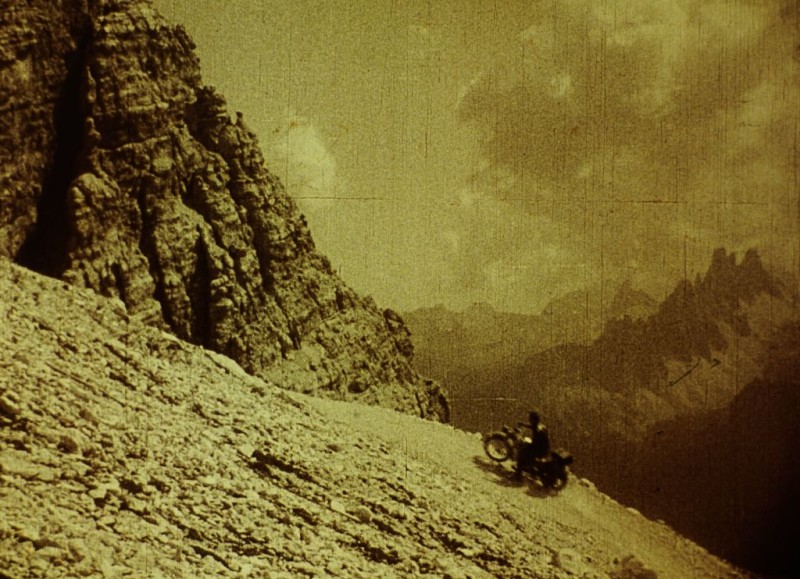 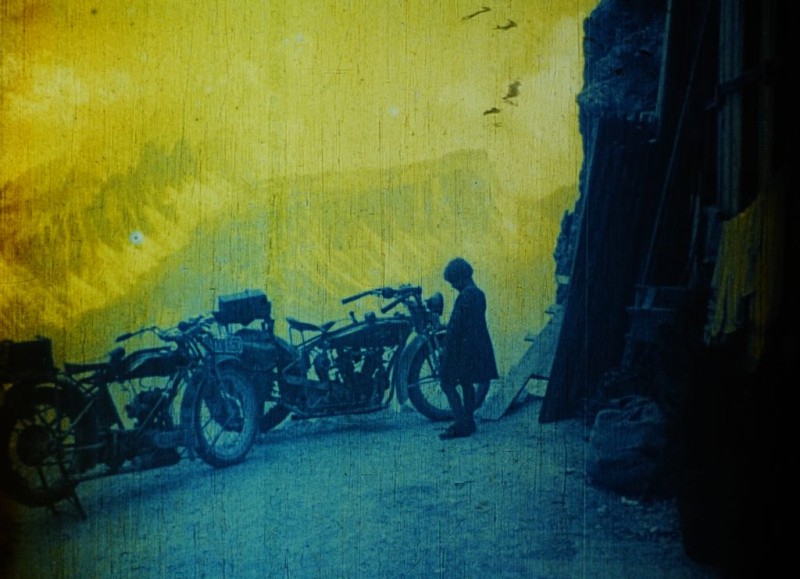 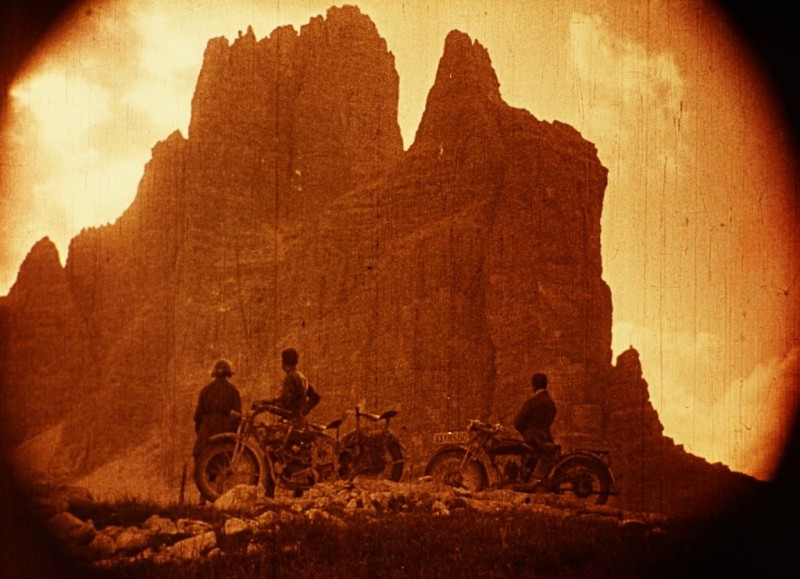 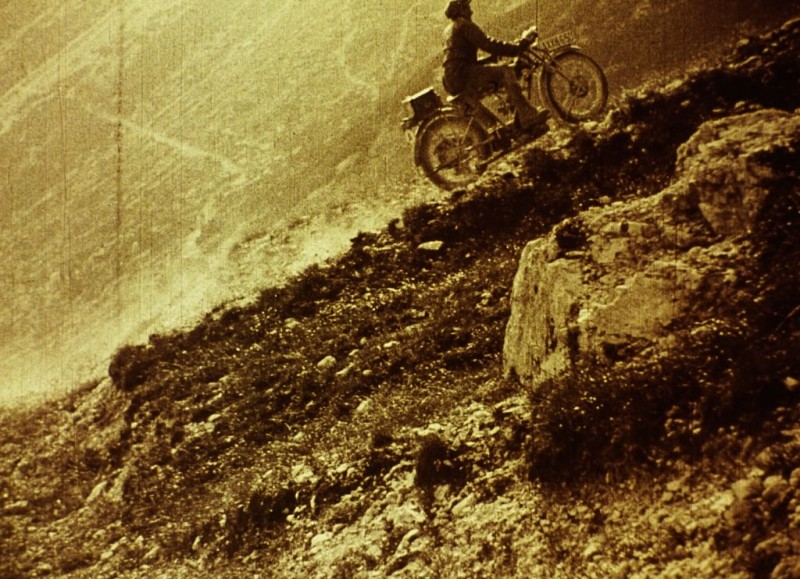 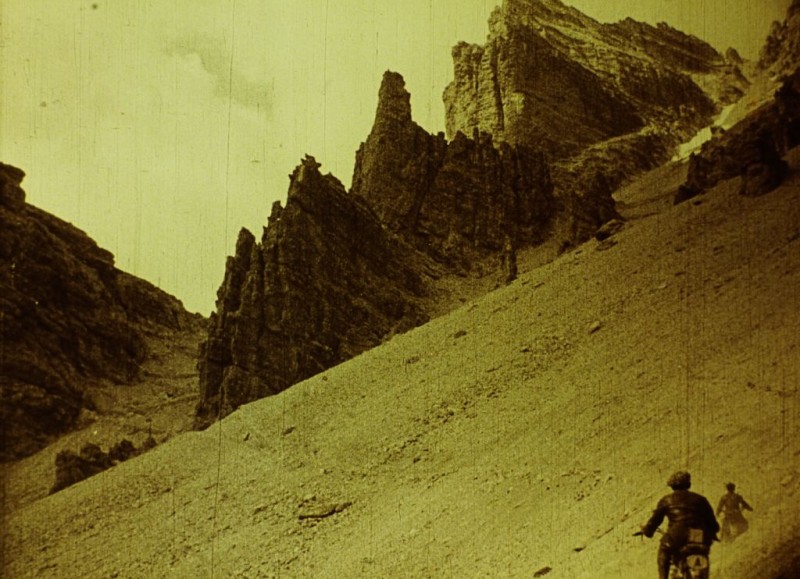 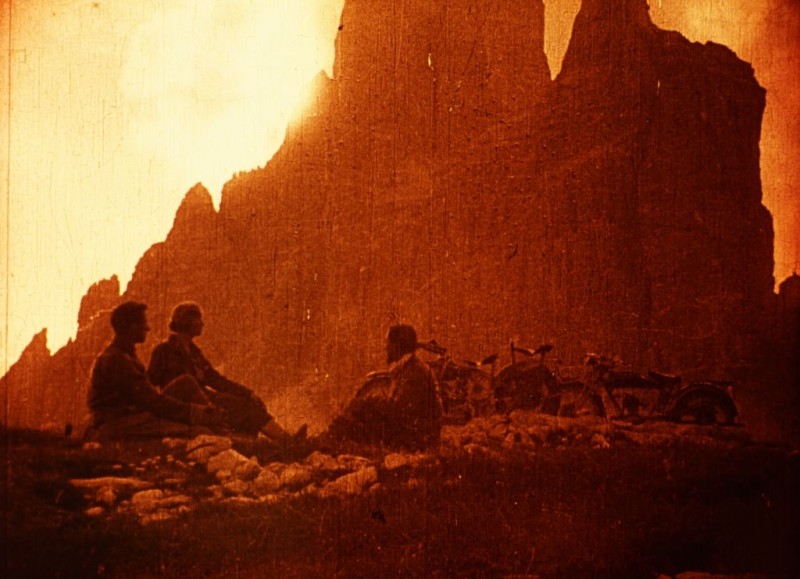 In collaboration with Filmarchiv Austria

Lothar Rübelt (1901–1990) is one of the most important Austrian photographers of the 20th century. His well-known and still significant photojournalism and sports photography stretches from the 1920s to the postwar era and Second Republic. In the past two decades, his fascination for National Socialism and his role in 1938 in visually documenting the Anschluss have been subject to critical reappraisals. Rübelt's work is nevertheless an indisputable part of Austria's visual memory: hardly any books and photo albums about events between the 1920s and 1960s do not contain his pictures.

It is perhaps a logical consequence of his years spent as a photojournalist focusing on the dynamics of motion that Rübelt began to experiment with motion pictures in the 1920s. In 1926, he completed his first and only film, Mit dem Motorrad über die Wolken (Over the Clouds on a Motorcycle), an homage to two of the great fashion trends of the 1920s: motorcycles and mountain films.

Shot on location in Austria and South Tyrol, the film is a feature-length documentary about a group of motorcyclists who manage to ride over the more than 3,232 meters high Tofane in the Dolomites. Rübelt's "photographic eye" is on full display in the breathtaking mountain footage. In this debut film, he is surprisingly capable of synthesizing elements from cultural films and the narrative structure of documentaries.

Unfortunately, tragedy loomed over the film's completion: Rübelt's brother Ekkehard, who was involved in the making of the film, died in a motorcycle accident immediately after production wrapped. The film is dedicated to him. Lothar, deeply marked by the experience, would not make another film. To this day, Over the Clouds on a Motorcycle remains a singular and impressive piece of evidence of the photographer's talent as a director. It is also a truly cinematic and crowd-pleasing adventure movie as well as a document of its time and the media's enthusiasm in the 1920s for projections of youth and masculinity along with the myth of nature and the phantasy of mastering it with technology.

The film's restoration was undertaken in 2019 by the Filmarchiv Austria and Austrian Film Museum and completed in 2021. The restoration was based on film elements in the collections of both institutions, including the camera negative and a nitrate print. Different edited versions of the film seem to have been shown over time, as reflected in the surviving elements: neither the negative nor the print correspond to the "original." The goal was therefore to reconstruct a version that would come as close as possible to the original version from the 1920s as recorded in historical sources (Rübelt's diary, censor reports, censor cards, articles in the press, and publicity materials). The color tinting and toning in the nitrate print was also referenced and recreated digitally.