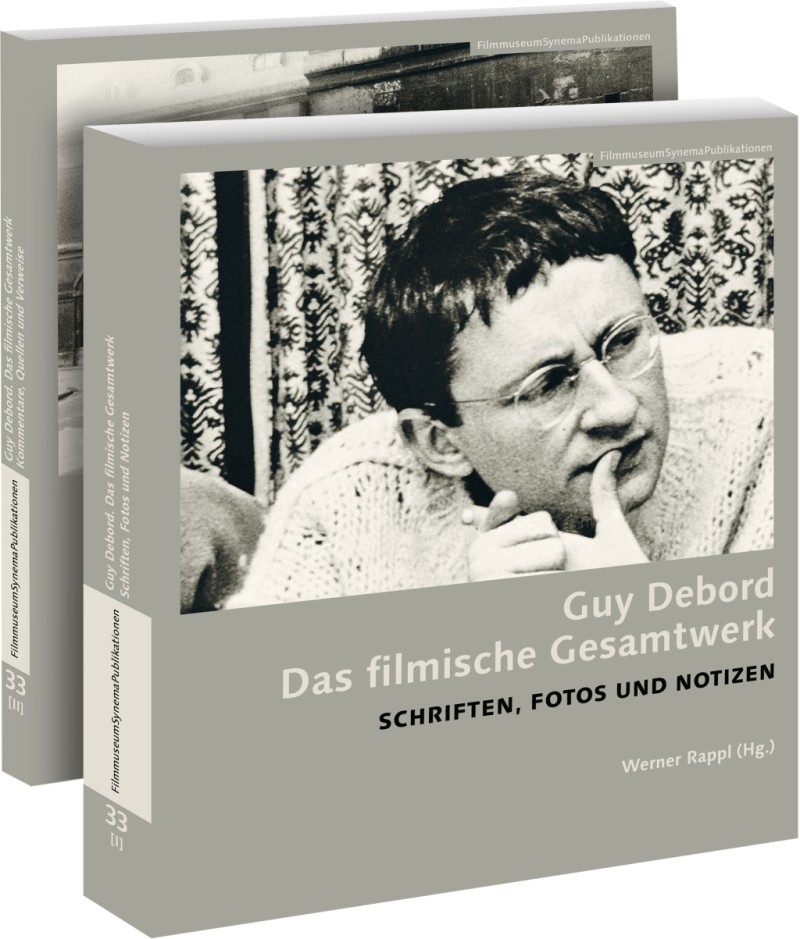 Price: EUR 32.00
In his films Guy Debord (1931–1994) worked according to the following principle: do nothing you should, do everything you should not. Created between 1952 and 1978, all the films reflect this rule and confirm what he referred to as his "detestable ambition."

Gathered in a single volume for the first time in German, this publication unites the texts of all of Guy Debord's films in a new translation: from his first film made in affiliation with the Lettrist group led by Isidore Isou, Hurlements en faveur de Sade (1952), an alteration of black and white sequences devoid of images, to works that originated in the course of his participation in the Situationist International, Sur le passage de quelques personnes à travers une assez courte unité de temps (1959) and Critique de la séparation (1961) to the adaptation of his best known theoretical work La Société du spectacle (1973), followed by the response to his critics entitled Réfutation de tous les jugements, tant élogieux qu'hostiles, qui ont été jusqu'ici portés sur le film La Société du spectacle (1975) and his résumé, intended as an act of closure: In girum imus nocte et consumimur igni (1978).

Texts and images are true to the French original edition and complemented by a list of sources for the quotes, Debord's notes on his films, drafts of unrealized film projects, as well as the text of the TV documentary he coauthored, Guy Debord, son art et son temps (1994). Two in-depth essays on Debord's film works by Alexander Horwath and Werner Rappl complement the volume.

This publication has been published in collaboration with phileas - A Fund for Contemporary Art.

“… from the perspective of thought as well as style, which are, by the way, one and the same, nothing has touched me more than Debord.” (Olivier Assayas)