In fall 2021 the Austrian Film Museum launches a new series, Collection on Screen, which explores film history via the expanse of our own collection every Sunday.

Most collections acquired by museums over the centuries of their existence remain largely dormant and unseen. Only a small percentage is exhibited and forms the historical canon, but this same canon is today urgently in need of revision and updating. Naturally, the same holds true for film museums. At the same time, we live in an era in which the circulation of museum objects, including heavy 35mm film prints, is becoming less and less viable for a variety of reasons ranging from global ecological concerns to the ever-increasing fragility of film prints.

All this is more than enough reason to explore our own collection, to add new works to it and to exhibit films from numerous points of view. Our collection, consisting of more than 20,000 film titles and built up over the course of half a century, will be critically and creatively processed through Collection on Screen. In this way, we create an opportunity for audiences to see classics of film history as well as little-known discoveries regularly and on the big screen. At the same time, gaps in the collection discovered during the curation of this series will be filled by targeted new acquisitions in the course of the coming years.

Collection on Screen is presented in the form of monthly or bimonthly modules. Each of these modules presents a specific part or aspect of film history on the basis of our collection and, over the years, it will also be possible to expand, vary and repeat modules. The result will be a permanent exhibition as a work-in-progress: an invitation to all of us to keep rediscovering what cinema was, is, or can be.

The series Collection on Screen will be complemented by special introductions and conversations as well as selected reading material. 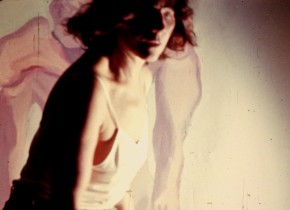