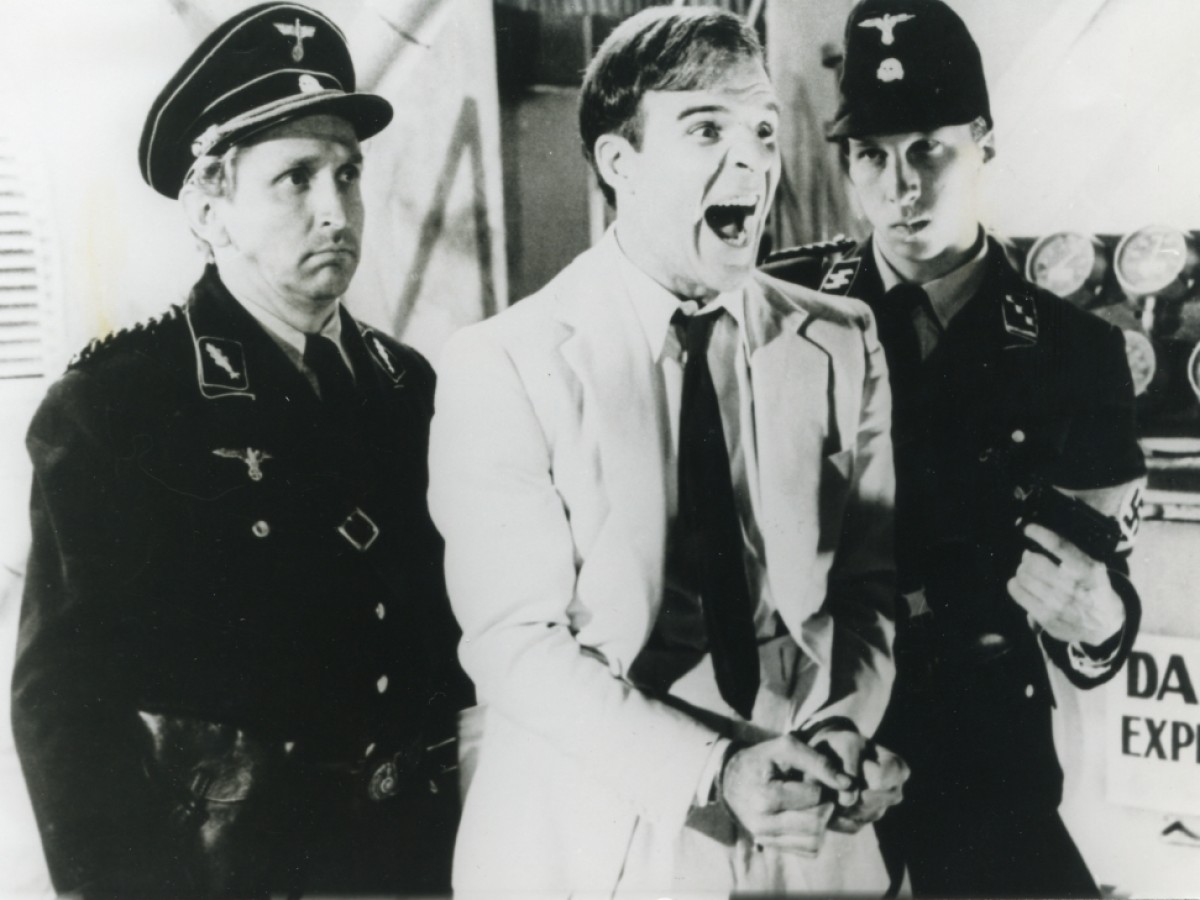 A one-of-a-kind Hollywood endeavour cooked up by the great comedian-writer-director Carl Reiner and comedy superstar Steve Martin with scriptwriter George Gipe. When the trio was discussing another screenplay written by Martin, they pondered the inclusion of a clip from an older film – which gave birth to the thought of making an entire feature incorporating old film clips. Soon Reiner and Gipes were obsessively (re-)watching Hollywood classics on the lookout for scenes and lines with which their star could interact, and ended up devising this heartfelt comedy-tribute to film noir, in which Martin's detective is hired to investigate the death of a scientist and cheesemaker, setting him on the trail of a major conspiracy ... a trail that is plastered with the screen legends of yore, from Humphrey Bogart to Ingrid Bergman! Giving ironic spins to famous scenes from masterpieces like Hitchcock's Notorious or Raoul Walsh's White Heat, the story satirically appropriates typical hardboiled tropes. But the plot is really just a springboard for comic invention, in its best moments coming close to pure surrealism – in the spirit of the intrepid investigator's presentation of a clue: "Here's a list of names. I found it in a bowl of soup. Don't ask me to explain." Shortcircuiting entertainment and experiment, Dead Men Don't Wear Plaid is also a work of true cinephile abandon, carefully matching its new scenes with the old footage down to the lighting of the sets, while employing some legendary mainstays of film noir. It was the last film for composer Miklós Rózsa and costume designer Edith Head (to whom it is dedicated). (Christoph Huber)